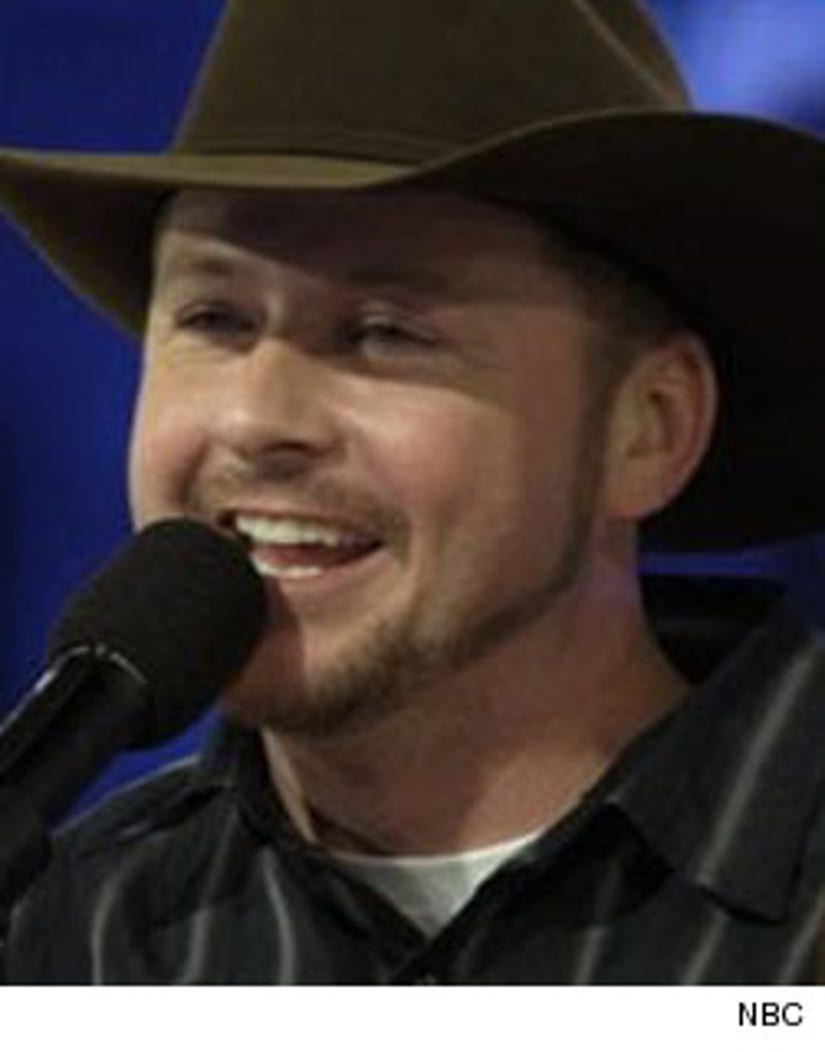 Timothy Michael Poe crooned George Strait's "The Chair" before he was cut from the NBC talent competition on Tuesday's Las Vegas-set installment.

The 35-year-old country singer appeared earlier this month on "America's Got Talent" and said he was injured by a grenade in Afghanistan in 2009, but Minnesota National Guard records didn't support his story.

"I don't know that he holds up to other singers on this show at all," said judge Howie Mandel while evaluating Poe.

Poe won over the crowd and celebrity judges during his initial "America's Got Talent" audition that aired earlier this month with a moving story about how he blocked a grenade blast to save his buddies. The National Guard said records show Poe wasn't injured in combat in Afghanistan, and he has been criticized since he made his injury claims on the show.

Poe, who now lives in Texas, later told WFAA-TV in Dallas that he believed he was telling the truth but doesn't know what is real. He also provided a photo to "America's Got Talent" of a soldier that he passed off as himself. Poe's fiancée, Carrie Morris, said he accidentally submitted the photo of Staff Sgt. Norman Bone in Afghanistan in 2006 because he was rushed.

Poe's dismissal on Tuesday's episode was matter of fact and appeared not to be related to the controversy surrounding his claims. The edition of "America's Got Talent" featuring Poe competing for a spot on the show in Las Vegas was filmed last month before his injury claims were scrutinized.