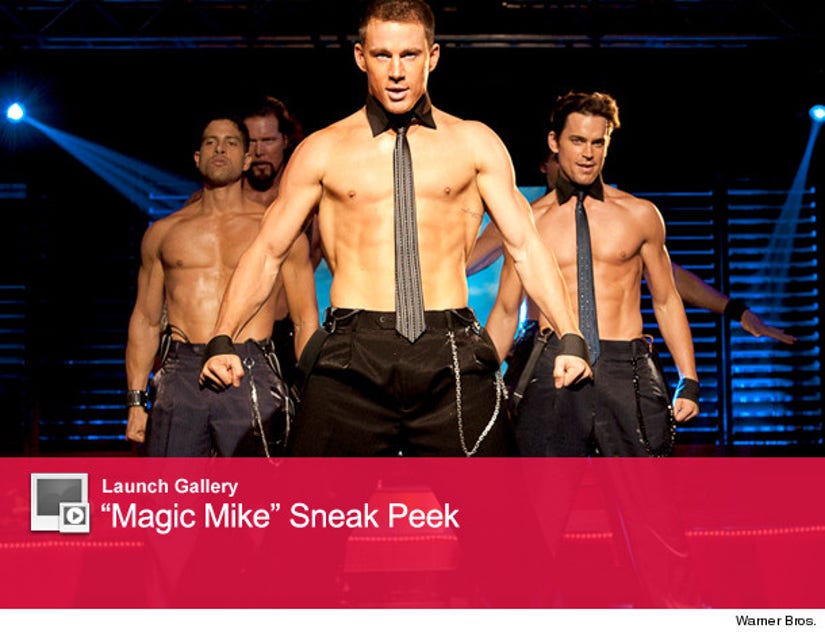 Let's get one thing out of the way: Yes, "Magic Mike" has a lot of male nudity ... but no, none of it is full-frontal.

And while some may find the booty shots worth the price of admission alone, the rest of Steven Soderbergh's movie actually has more to offer.

Channing Tatum does a great job bringing the title character to life, not surprising since the entire movie was based on his real-life past as a male stripper.

With his killer charisma and slick dance moves, the flick hinges on Channing's performance ... and he delivers, hitting another home run after "21 Jump Street," "The Vow" and "Haywire."

Matthew McConaughey also slays it as "Dallas," the owner of the strip club where all the guys work. Matt definitely has a blast with the role and also shows off his incredible physique in a pair of leather pants that looked impossible to get in and out of.

As for the movie itself, it starts of fun and flashy, with dance routines featuring "It's Raining Men," doctors, Ken dolls, army men, Tarzan and the aptly named "Big D**k Richie."

Costars Joe Manganiello, Matt Bomer, Adam Rodriguez and wrestler Kevin Nash all work alongside Channing and Alex Pettyfer at the club, but are used for little more than eye candy throughout the movie.

Eventually, the flick heads into heavier territory filled with drug abuse, money problems and romantic entanglements between Mike and both Olivia Munn and Cody Horn's characters. Some of it works, some doesn't -- and 15-20 minutes could have easily been cut out.

In short: With an intentionally funny script (sorry "Showgirls") and solid performances, "Magic Mike" has got a few good tricks up its tear-away sleeves.