There wasn't a dry eye in the house at last night's BET Awards when Whitney Houston's mother Cissy took the stage to sing during a 20 minute tribute to the late star.

Mariah Carey, who sang "When You Believe" with Whitney, introduced the emotional tribute -- choking up when she described the last time they saw each other. "I miss my friend. I miss hearing her voice and laughter, but we'll always have the music," she said.

From there, Monica and Brandy sang a few classics before Cissy took the stage to perform "Bridge Over Troubled Water" -- and that's when the tears really started flowing. Beyonce was seen crying in the audience as Cissy sang.

"This is for you Nip," Cissy said before singing ... calling Whitney by her nickname.

Houston's "Waiting to Exhale" costars then took the stage before Chaka Khan closed the tribute by performing "I'm Every Woman."

Check out the moving tribute above -- and see more show moments in the gallery below. 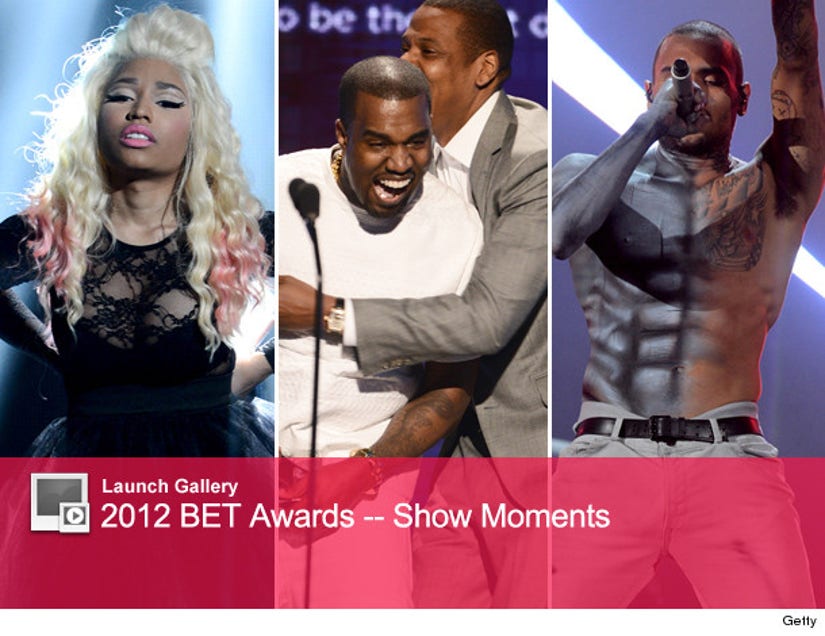