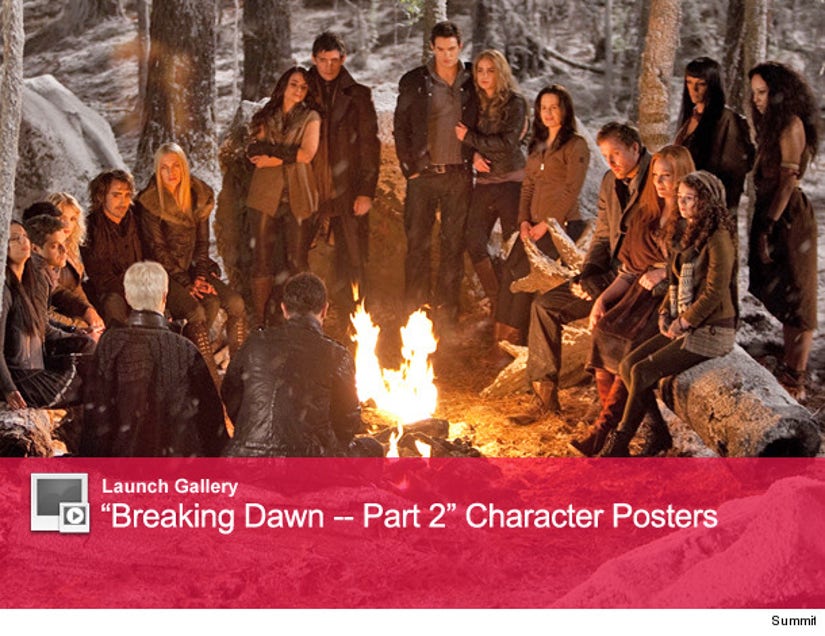 The end of the "Twilight" franchise is coming soon -- and the last flick is a vampire-packed affair!

"The Twilight Saga: Breaking Dawn -- Part 2" will introduce fans to a whole new crop of bloodsuckers as clans from Egypt, The Amazon, Ireland, Romania and Alaska will band together to help the Cullen family fight the Volturi.

Summit has released 23 new character posters for the movie, showing a large crop of the new red and orange-eyed vampires.

toofab caught up with one of the new vamps this weekend at a Playboy/"True Blood" party in San Diego -- where he revealed what it was like joining the close-knit cast.

"You walk on set and you don't know what to expect," Amadou Ly told us. "I was nervous but the cast and director, everyone welcomed me. It became fun and working on set was a great experience for me, it was lovely."

Ly plays Henri, a member of the French coven who was not in the books -- but he's not worried about Twi-hards reacting negatively to his addition.