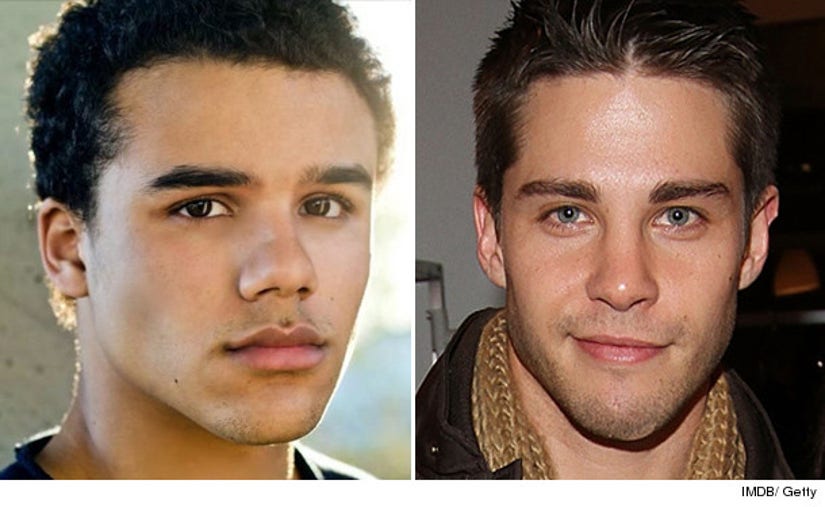 Look out, McKinley High! Notorious troublemaker Puck may be gone ... but there's a new mini-Puckerman to fill in his shoes!

FOX announced today at the Television Critics Association summer press tour that "Glee" is set to welcome two new hotties when it returns for Season 4 on September 13.

Jacob Artist (above, left) will play Jake Puckerman, the half-brother of bad boy Puck (Mark Salling), who graduated at the end of last season.

The character, who shares his bro's penchant for trouble, will audition for New Directions, but his attitude may stop him from getting very far. Sounds like a true Puckerman to us!

Dean Geyer will also come on board as Brody Weston, an upperclassman at NYADA who has his eye on Rachel (Lea Michele).

Geyer finished as second runner-up on "Australian Idol" in 2006 and is famous Down Under for his role on the long-running soap opera "Neighbours." He also appeared on the short-lived FOX series "Terra Nova."

Kate Hudson and Sarah Jessica Parker have already been confirmed as guest stars for Season 4, joining celebs like Lindsay Lohan, John Stamos and Britney Spears. Click "Launch Gallery" below to see more of the celebs who've graced the halls of McKinley High!