If you're like us, you're probably suffering from "Real Housewives of Beverly Hills" withdrawal (Season 3 of the hit Bravo show doesn't returning until September).

The ladies reunited over the weekend to celebrate the pre-opening of Kyle Richards' new Beverly Hills boutique, "Kyle By Alene Too." Sobriety agrees with Kyle's sister Kim Richards; the former child star looked happy and healthy!

Fellow "Housewives" Taylor Armstrong, Adrienne Maloof and Lisa Vanderpump were in attendance as well. We were hard pressed to find a photo of the latter two after reports they're feuding. We were excited when we saw Camille Grammer with short hair, but it ended up being pulled back in a chic ponytail. Brandi Glanville and Faye Resnick were there too.

Check out all the shots below, including Kyle's adorable family photo and Taylor Armstrong's fierce pose, below! 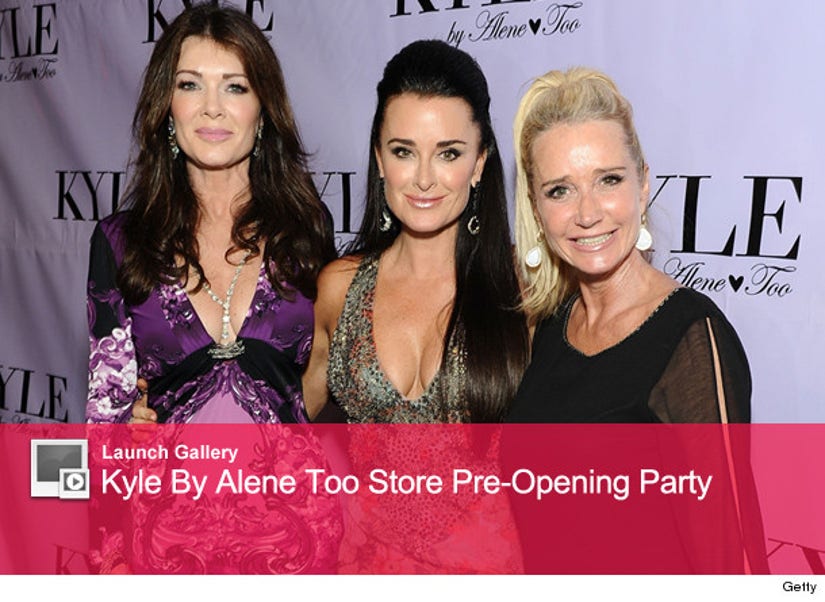 Who's your favorite Beverly Hills housewife? Tell us in the poll below!