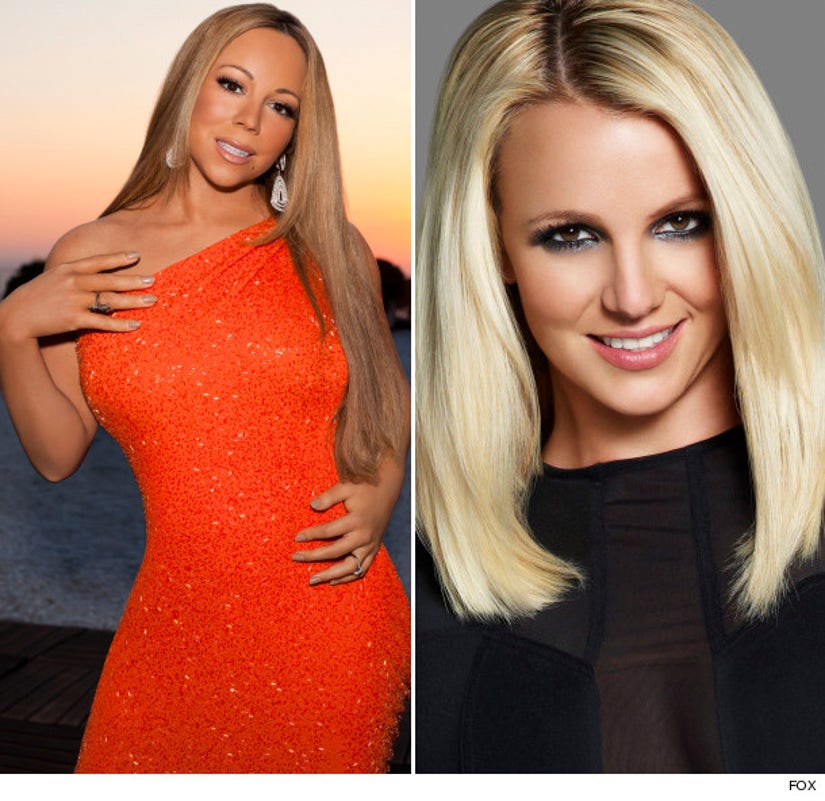 Mariah Carey is ready for her "American Idol" closeup.

FOX has released their first promo photos for their fall lineup -- including shots of Mimi and Britney Spears, who will judge "The X Factor."

Carey shows off some crazy curves in the pic, where she's seen wearing a sparkly orange dress that clings to her midsection.

Britney looks just as good in her promo shot, a closeup of Spears sporting a perfect hair and makeup job.

Think either shot was Photoshopped?

Both stars are netting some serious cash for their judging gigs. Mariah will reportedly take in around $18 million for a one-season commitment, while Britney nabbed $15 million.

Our question: Who is the better investment? Sound off below!