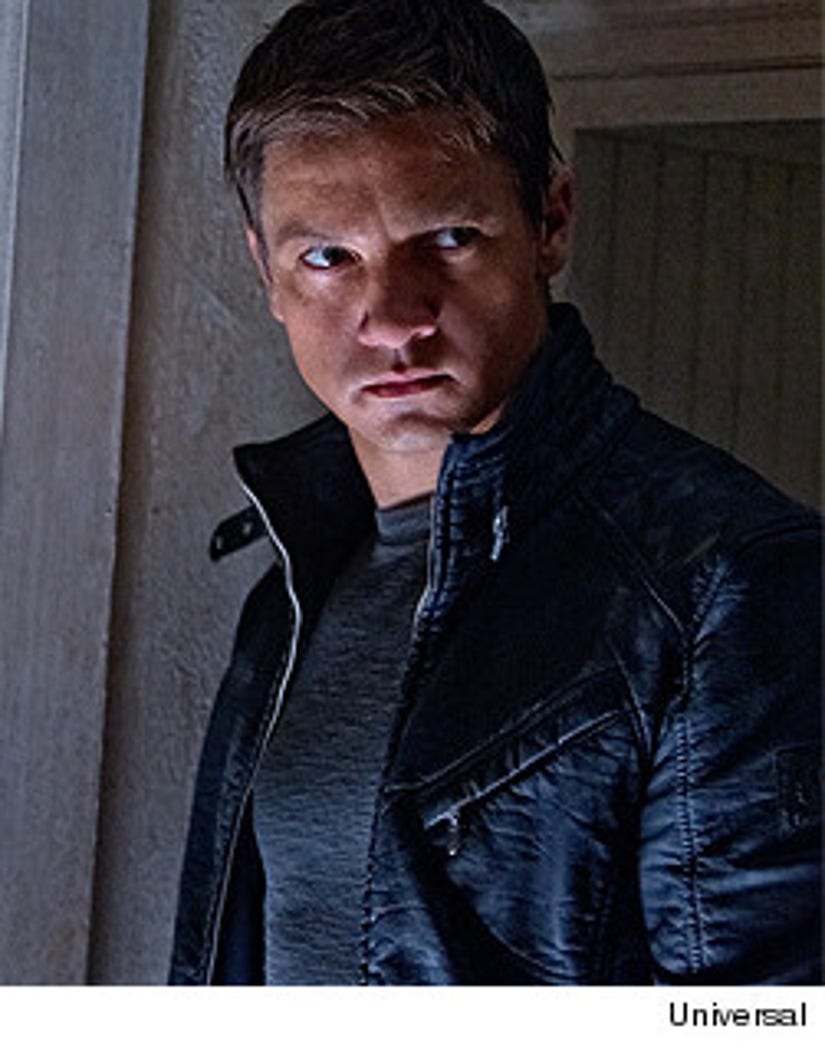 Jeremy Renner is turning into quite the action star.

In the last year alone, the 41-year-old has appeared in "Mission: Impossible -- Ghost Protocol" and the ridiculously successful "The Avengers," and now he's stepping into some pretty big shoes -- taking over as the lead character in the Bourne films.

Renner stars in "The Bourne Legacy," in theaters now, as Aaron Cross, a man who's working as a super-agent for a covert sect of the government.

Unlike Matt Damon's Jason Bourne, Cross is a willing spy, and has to put those good skills to use once his employers decide to make him the hunted target.

toofab caught up with Renner and his "Legacy" costars Rachel Weisz and Edward Norton, along with directors Tony and Dan Gilroy, as they discussed carrying on the Bourne legacy, shooting some crazy action in the Philippines, and what Renner hurt while in production -- his feelings.

JASON BOURNE VS AARON CROSS
"The differences are that...it's a new canvas to paint upon, with these circumstances, [Cross] being willing," Renner said when asked to compare his Aaron Cross to Jason Bourne. "That's what I initially connected to, a guy that really wanted to belong."

Co-director Dan Gilroy found it easy to transition from the original Bourne flicks. "It was pretty effortless. The mythology of the first franchise allowed itself to be expanded upon."

Dan's writer/ co-director brother Tony added, "When the character came through and we realized there's a character who had as fundamental a problem as there was for Jason Bourne, that's when it really got interesting."

MANILA, PHILIPPINES
Renner wasn't the only person who had to step up his action game for the movie. The climax of the film finds Rachel and Jeremy tearing through the streets of Manila on a motorcycle ... and little acting was involved.

"It was terrifying! Jeremy told me today that was the scariest stunt for him because he was responsible for my life. He didn't tell me that in Manila, thank god," the gorgeous 42-year-old said. "I just had to hold on but I didn't have to act, I just was terrified."

But the scene wouldn't have been possible without the generosity of the people of Manila.

"I can't imagine doing this anywhere else. The people in the Philippines are so extraordinarily nice," Tony noted. "There's just such an upbeat, pleasant, positive attitude that the people have while we're disrupting their lives and camped out in their neighborhood for a month and closing off their roads and blowing things up. It was very tough places to work...but the people made it possible."

GETTING HURT
Renner fully solidifies his status as an action star in "The Bourne Legacy," but it definitely wasn't easy getting there. So what was his most difficult challenge?

"Not getting hurt. I can't get injured," Jeremy replied. "I was wanting to do as much as I possibly could because of the responsibility of the authenticity of the three films prior. It would do a great injustice and disservice to this film if i could not perform what was required."

And while he said he enjoyed those challenges and physical obstacles, they didn't come without a price.

"I hurt my feelings here and there!" he laughed. "You get banged up a little bit ... but if you don't get banged up, you're not working hard enough."

And work hard he did! See Renner kick ass while carrying on the Bourne name in "The Bourne Legacy," out now.