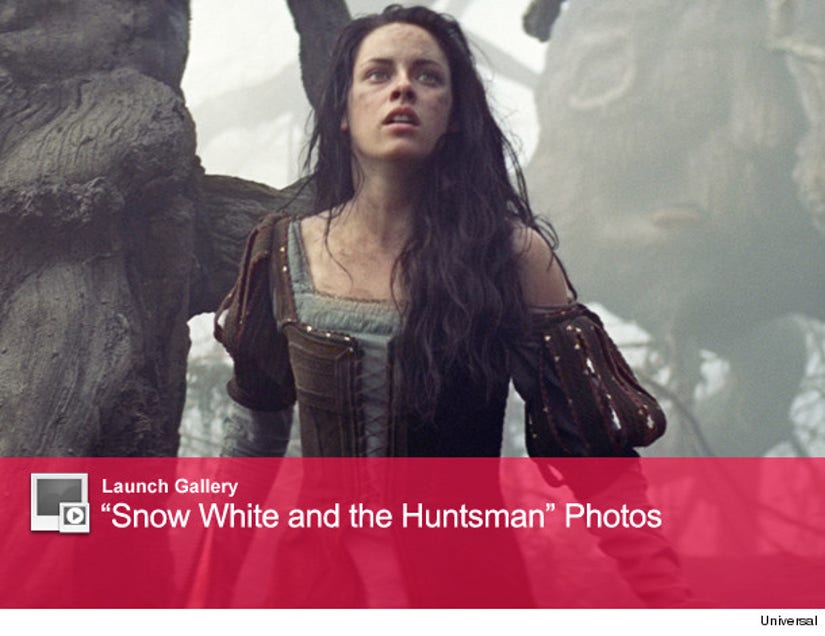 UPDATE: A rep for Universal says "We are extremely proud of Snow White And The Huntsman and we're currently exploring all options to continue the franchise. Any reports that Kristen Stewart has been dropped are false.”

Can you do a "Snow White and the Huntsman" sequel without Snow White?

Because that could be the case according to a story from The Hollywood Reporter, which says Universal is moving forward with a spinoff focusing on Chris Hemsworth's Huntsman and NOT the fairest of them all.

THR says Kristen Stewart "will not be invited to return" if the project moves forward. The story also says Rupert Sanders will likely return to helm the flick.

The news comes as a shock, as it sounds like the studio would rather continue working with director Sanders and not star Stewart after the two revealed they had an affair after making the first movie.

Though not commenting directly on K-Stew being left out, Universal says "The studio is currently exploring options to continue the franchise."

According to other reports, it's not as dire for Kristen as it sounds.

The Los Angeles Times says Kristen could appear in the flick and that the Huntsman was always the focus of a second movie ... meaning the probably didn't really affect anything. Us Weekly also says THR's report is bogus and says no decisions on a follow-up movie have been made.

Conflicting reports aside, we want to ask you: What do you want to see happen?

Would you rather get another movie about Snow White ... or are you hoping for more Hemsworth with a Huntsman-centric sequel?