The first full trailer for Season 7 of "Dexter" is here -- and boy does it look intense!

Looks like the season will kick off right where the last one ended: With Deb (Jennifer Carpenter) walking in on the titular serial killer (Michael C. Hall) finishing off his latest victim.

While it appears Deb initially helps her adopted brother cover up his crimes, she's clearly going to be a big obstacle for Dexter -- who even thinks about killing her off to save himself!

Do you think he'll actually do it?

The trailer doesn't offer up much about any other story lines, but you can expect creepy assistant Louis Greene (Josh Cooke) to also face off against Dex as well.

Showtime has also released a ton of promo pics for the new season, including one featuring new cast member Yvonne Strahovski (who previously starred on "Chuck").

Check out the pics below: 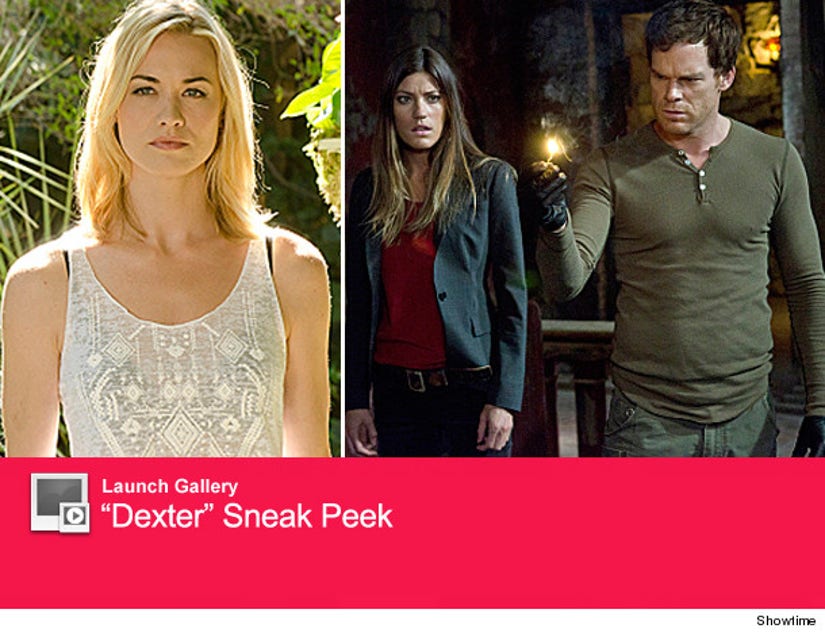