We didn't even know this affair was a rumor ... but former "Dancing with the Stars" contestant Katherine Jenkins is now denying reports she hooked up with David Beckham.

The gossip apparently started when the opera singer first signed on for "DWTS," and while we haven't heard too much about it, Jenkins took to Twitter last night to clear the air.

"Dear Twitter friends, I've read some horrible rumours on here & want u 2 know I absolutely deny I've had an affair with David Beckham," she wrote.

"The rumours are very hurtful, untrue & my lawyers tell me actionable," she continued. "I've only met David twice: once at the Military Awards in 2010 & on a night out in the West End in Feb 2012 ... We were out in a group of friends & it was just a normal fun evening out."

"Just so we are clear I have never been on my own with him and never arranged to meet up," she added in conclusion.

The timing of her denial is definitely odd, considering just a few people on Twitter were really talking about the rumors recently.

So ... there's that. Now can we just all look at David's brand new H&M underwear pics? Enjoy. 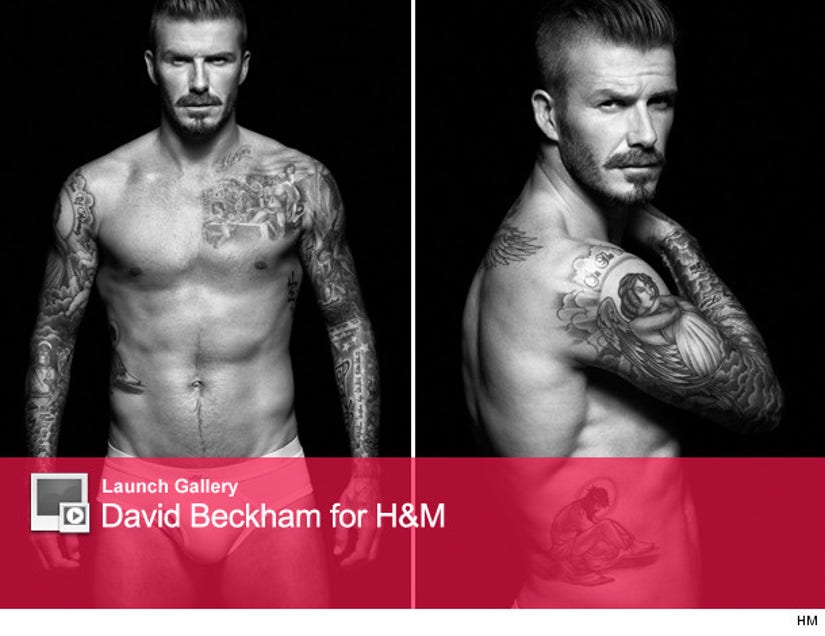