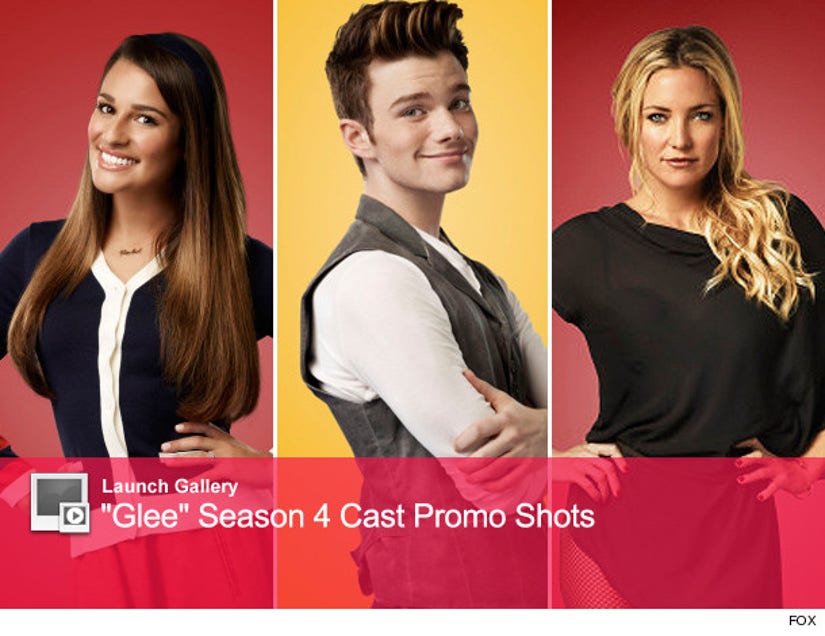 We're just over two weeks away from the Season 4 premiere of "Glee," and FOX is once again teasing us with some new images!

The network just released a slew of new promo shots for the musical series, with single portraits of the major cast members in addition to some stills from the first episode back, titled "The New Rachel."

One thing to note -- Quinn (Dianna Agron) and Emma (Jayma Mays) are missing! The exclusion caused many Gleeks to panic so much that show creator Ryan Murphy took to his Twitter to issue a statement:

"Gleeks, please relax. Dianna is still on the show. We love her and have great plans for Quinn. #QuinnFabrayLives"

As for Jayma, her on-screen beau Matthew Morrison (Mr. Schue) calmed fan fears as well, telling Celebuzz, “[Will and Emma are] still together. I don't know what the writers have in store for them, but I can say that as of right now, everything is great between them. They're happy and still teaching at McKinley.” Whew!

Click "Launch Gallery" above to see all of the cast portraits, including favorites Lea Michele (Rachel), Chris Colfer (Kurt) and more, a pants-less Kate Hudson, mohawk-free Puck (Mark Salling), and all of the new cast members!