Teresa Giudice has always said family comes first, and she made hers a priority this weekend.

On Friday, the "Real Housewives of New Jersey" star attended the Z100 End of Summer concert in Brooklyn, where daughter Gia performed with her dance group Electric Sass (fans will remember the oldest Giudice daughter dancing at Beatstock last summer).

While Gia's costume was definitely a little risque for an 11-year-old, you have to give Teresa credit for showing up for her performance -- and photo op. 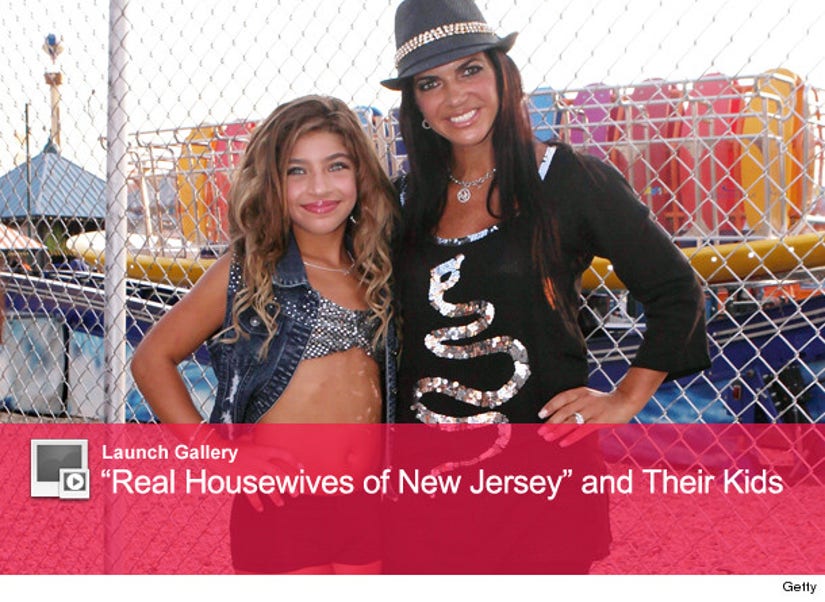 It doesn't appear that any of the other Jersey "Housewives" attended the performance, given they're all feuding with Teresa; Caroline Manzo revealed she hasn't spoken to Teresa for over a year. This may be due to the massive falling out they had last summer, which is playing out on the current season of "The Real Housewives of New Jersey."

A trip to Napa was seemingly the last straw for the two "Housewives," with Caroline calling out Teresa for insulting her family in her cookbook and selling stories to the tabloids (which Teresa has alternately denied and confirmed). Relive last night's blow-up, below:

Whose team are you on? Team Caroline or Team Teresa?