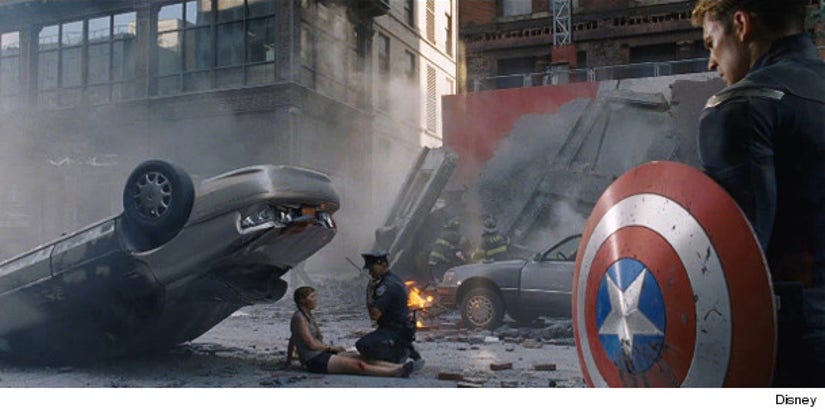 "The Avengers" comes out on Blu-ray and DVD September 25th, and the retail version will have a slew of deleted scenes, including an alternate opening!

toofab has the clip below, courtesy of Yahoo! Movies. In it, Agent Maria Hill (Cobie Smulders) recounts the battle between the Avengers and Loki's forces in New York City via flashback. Check it out below:

Also reportedly on the home version is a blooper reel. Fans don't have to wait until September to rewatch the post credits, revealing the new villain Thanos. See it here:

Robert Downey Jr. reprises his role in the next film in the franchise: "Iron Man 3." He's followed by Chris Hemsworth in "Thor: The Dark World" in 2013 and Chris Evans in "Captain America: The Winter Soldier" in 2013. You can get more details on the sequels here.

What "Avengers" sequel are you most excited about? Tell toofab in the comments below!