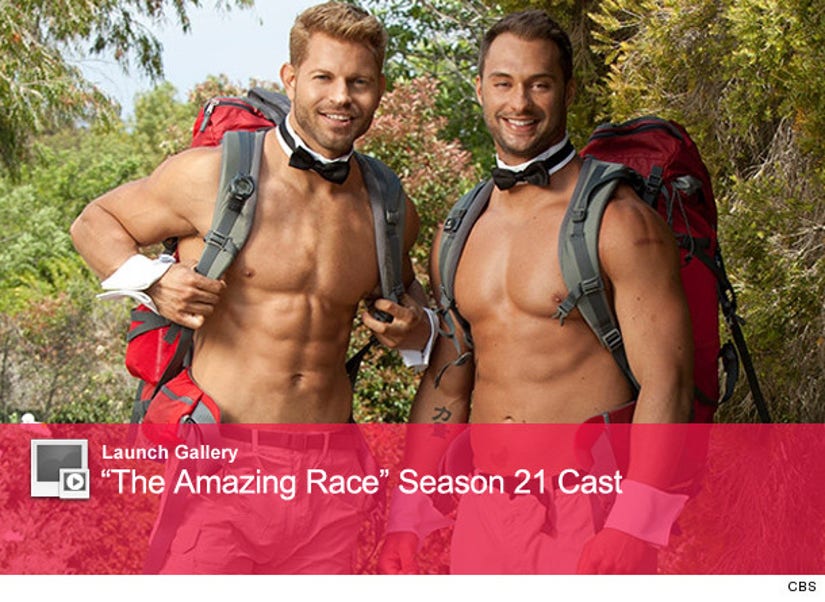 Those casting people over at CBS are not messing around.

"America's Most Watched Network" just released the details on the cast for Season 21 of "The Amazing Race," and the teams span from strippers to a double amputee to a former heavy metal rocker.

Take Jaymes and James (yes, that's really their names), pictured above. The gents are best friends and Chippendales dancers from Las Vegas ... seen posing for their team photo in the trademark Chippendales collars and cuffs. Think they'll also race shirtless while wearing those accessories? "Amazing," indeed.

Amy Purdy is a 32-year-old motivational speaker/snowboarder, who also happens to be the show's first double amputee, and James LoMenzo, 53, is a professional musician and former band member of White Lion and Megadeth. Rock on.

Click "Launch Gallery" above to see photos and descriptions of all 11 of this season's teams, including twin sisters, goat farmers, and even married monster truck drivers!