What does a 52-year-old get his teen wife for her 18th birthday? 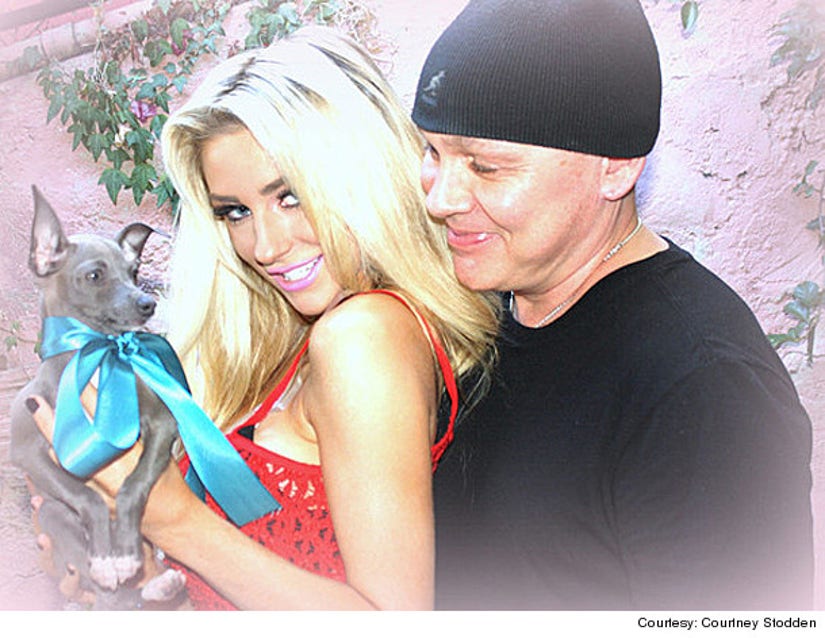 "I received the most precious birthday gift from my hubby," the birthday girl told E! Online. "A little boy Italian Greyhound named Dourtney." Perhaps Dourtney is an amalgamation of "Doug" and "Courtney" ... or "Dog" and "Courtney" -- either fits, right?

The couple wed in May of 2011, when Courtney was just 16 years old (he obtained legal permission from her mother to marry someone underage). Their May-December relationship has fascinated the public, as have her frequent tweets.

The age difference has caused some problems in their marriage, which they hope to address on the upcoming season of VH1's "Couples Therapy."

But today, it seems that all is well. Courtney told E! she plans to spend her day "with my loved ones, my new beautiful puppy and my incredible man."