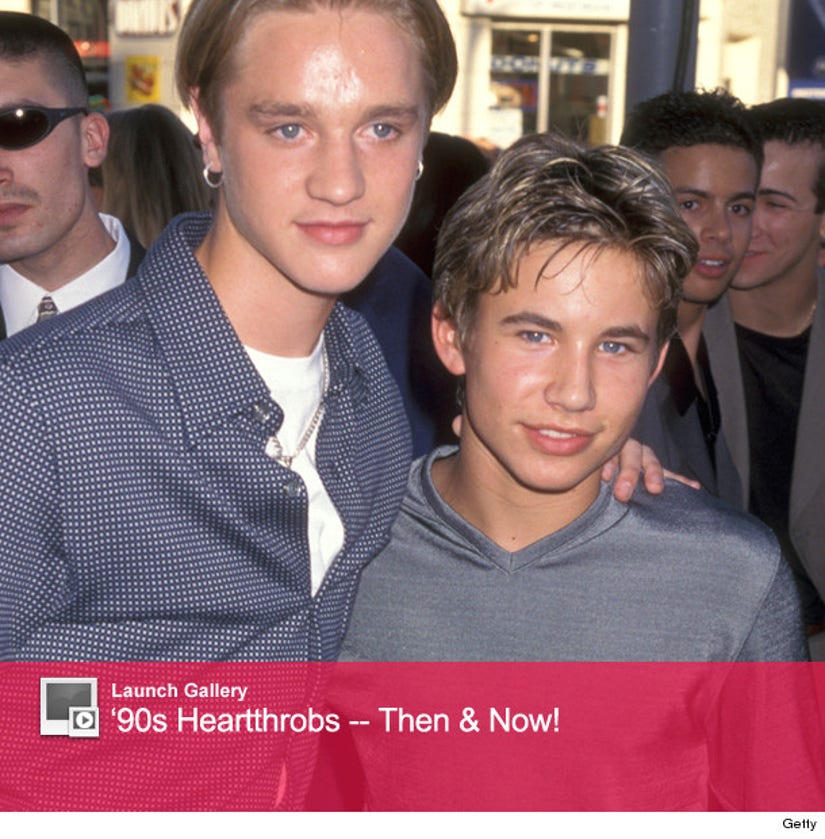 Two of the biggest teen idols of the '90s celebrated their birthdays this week: "Wild America" costars Devon Sawa and Jonathan Taylor Thomas.

Pretty hard to believe the two guys, who rose to fame thanks to roles in "Now and Then" and "Home Improvement" and constant covers of magazines like BOP and Tiger Beat, are both in their 30s now.

JTT turns 31 today, while Devon celebrated his 34th on Friday.

But what are they up to now?

While Devon's still acting and was just bumped up to "series regular" on the CW show "Nikita," Jon has been largely MIA from the limelight.

He was most recently seen around this time last year, reuniting with his "Home Improvement" costars for an Entertainment Weekly photo shoot.

As far as what he's been doing lately, he graduated from Columbia University in 2010 and said he'd "eventually like to work behind the camera."

Check out the gallery above to see what Devon and JTT look like now -- plus see more former teen heartthrobs!