They say everything old is new again, and nowhere is that truer than in scripted television.

From a former "Friend" to a "Real Housewife," familiar faces are popping up on new shows this fall.

Take Matthew Perry. After playing Chandler Bing on "Friends" for 10 years, Matthew appeared on short-lived series "Studio 60 on the Sunset Strip" and "Mr. Sunshine." Hopefully, he'll have better luck with his new comedy, "Go On," where he plays a widower who joins a support group.

The opposite is true for "Real Housewives of Atlanta's" NeNe Leakes, whose career is exploding. After a guest stint on "Glee," creator Ryan Murphy cast her in "The New Normal," a comedy about a gay couple who want to have a baby via surrogacy. NeNe plays a sassy and outspoken assistant to Andrew Rannells' character.

So where can you see your favorite actors? One new ABC drama features stars from no less than 5 (!) former ABC shows. Talk about hiring within the family. Check out their new shows: 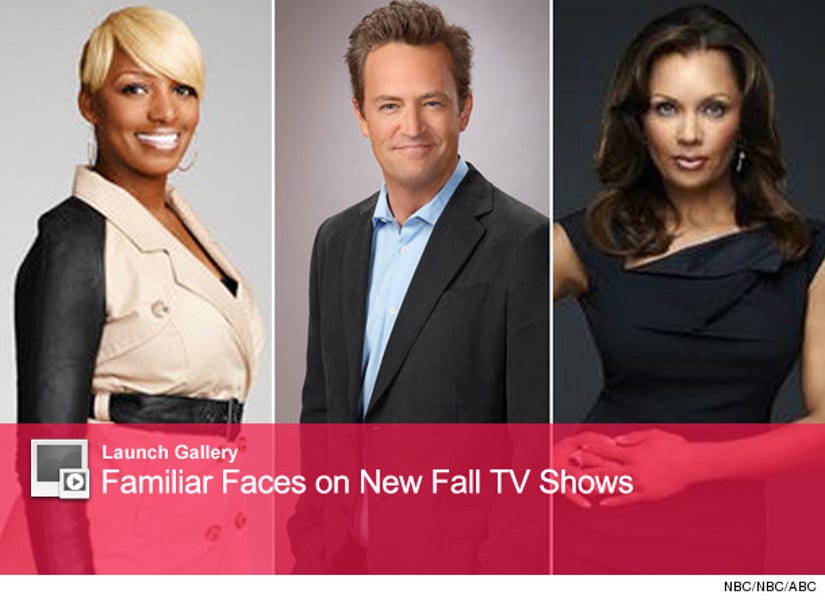 Both "Go On" and "The New Normal" premiere tonight. To find out when other new shows premiere, download our handy Fall TV schedule!