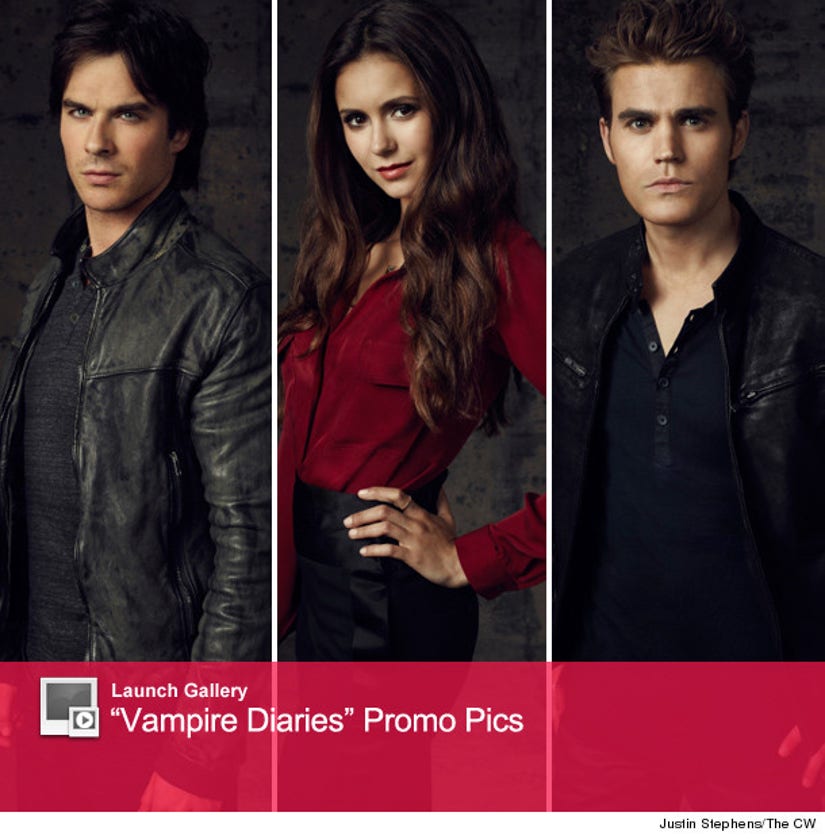 Is there a hotter TV show cast out there than the bloodsuckers, witches and werewolves of "The Vampire Diaries"?

The CW just released their promo pictures for the show's fourth season ... and things are getting super sexy in Mystic Falls.

Being an undead vampire looks good on Nina Dobrev, whose character Elena was turned in the Season Three finale. The 23-year-old actress smolders in a red top and black pants -- and so do her real life boyfriend, costar Ian Somerhalder (left), and Paul Wesley.

Check out the gallery above to see another shot of the core trio, plus costars Michael Trevino, Kat Graham, Steven R. McQueen, Candice Accola and Zach Roerig.

Fans looking for a little more insight into what to expect this season, check out the first footage-packed trailer below: