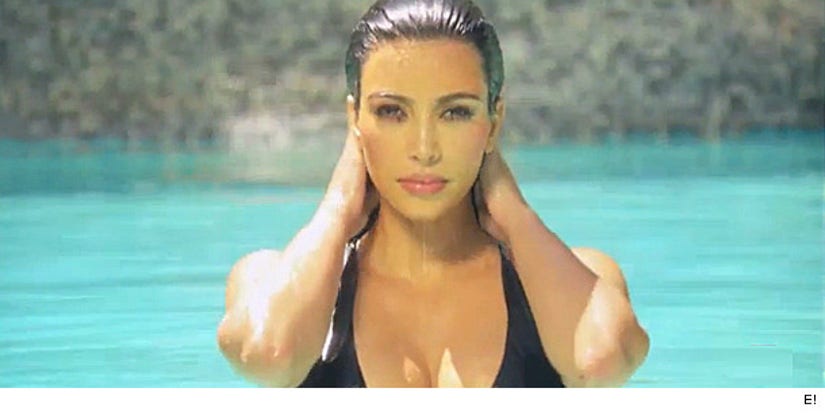 And the Kardashian reality TV train keeps rolling on!

E! just released a sizzling new promo for "Kourtney and Kim Take Miami" featuring the sisters frolicking poolside. Season 3 is set to debut in January 2013, and will follow the Kourtney and Kim Kardashian as they work and play in the MIA. Check it out below:

The sisters just arrived in Florida to begin filming.

Despite the show's title, Khloe Kardashian was spotted with her older sisters in Miami, but it's unlikely she'll stay, especially if she lands the "X Factor" hosting gig.

Kim was spotted holding her new kitten Mercy (named after beau Kanye West's song) while Kourtney pushed baby Penelope. It doesn't look like Kourtney's boyfriend Scott Disick made the trip. Check out even more photos of the Kardashians, below: