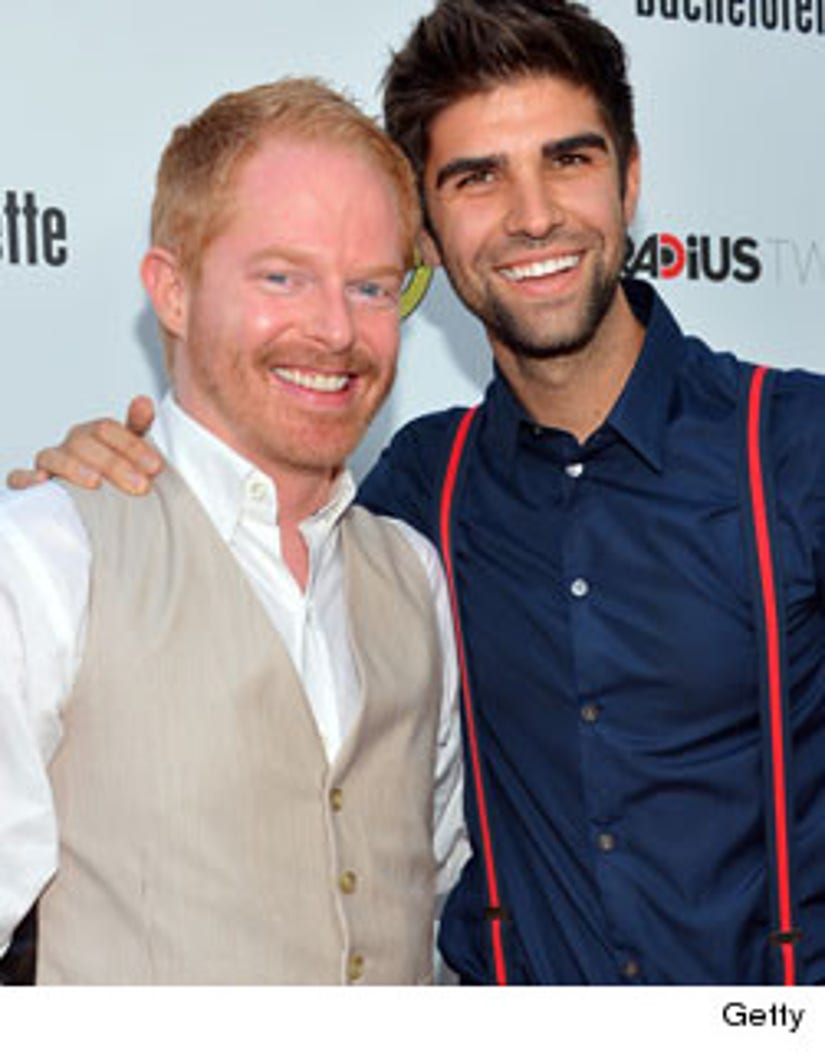 Love abounds over on the set of "Modern Family."

The 36-year-old star just posted the video below for his new foundation Tie the Knot, which will produce bowties whose proceeds benefit organizations that fight for gay and lesbian equality.

Jesse created the foundation with his boyfriend of nearly two years Justin Mikita, 27, and announces their engagement while trying to decide how to introduce Justin in the video. Too cute!

As they say in the video, "Suit up and tie the knot, so one day we can too."