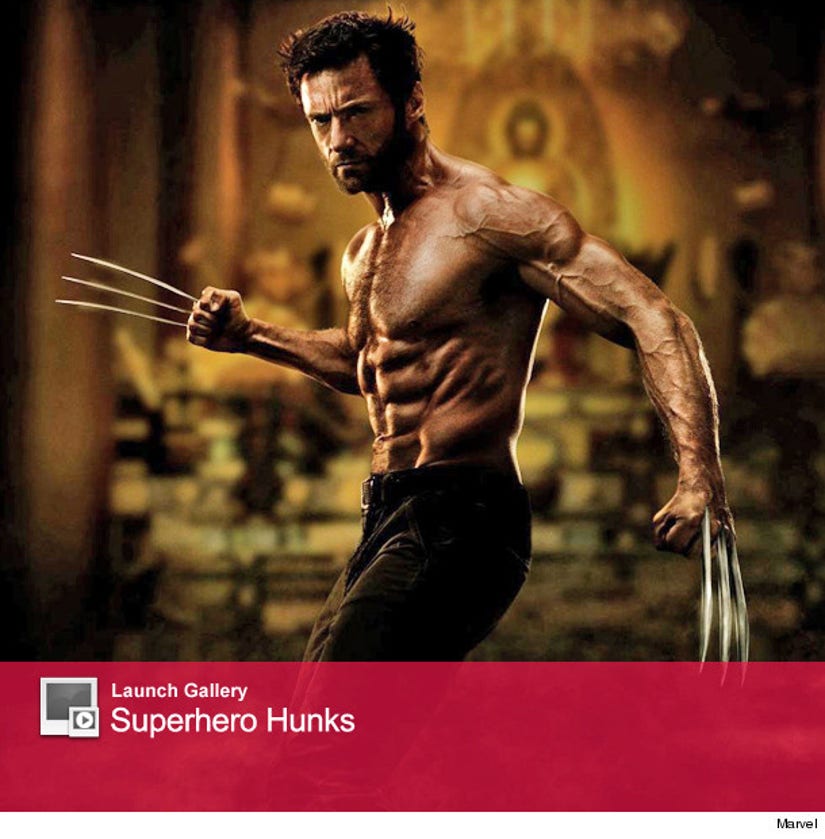 Wow. That's all we can say about this first photo from "The Wolverine."

43-year-old Hugh Jackman shows off his ridiculously sculpted muscles (and a whole lot of veins!) in a new shot, which was just released by Marvel.

Sure, Hugh's buff body is no big surprise ... but we don't even know what some of those muscles are!

The actor was seen filming the movie in Sydney back in August, where he tweeted about getting back to superhero shape.

"We're on day 1 of shooting…..wolverine is back…feel so pumped about this one……never felt so ready," he posted.

"And you know what that means.... the wolverine diet!! this was meal 2 at 9am this morning," he added along with a pic of a healthy meal consisting of chicken breast, asparagus and green beans.

The movie, due out July 2013, will reportedly to follow the X-Man to Japan where he's rumored to battle Silver Samurai.