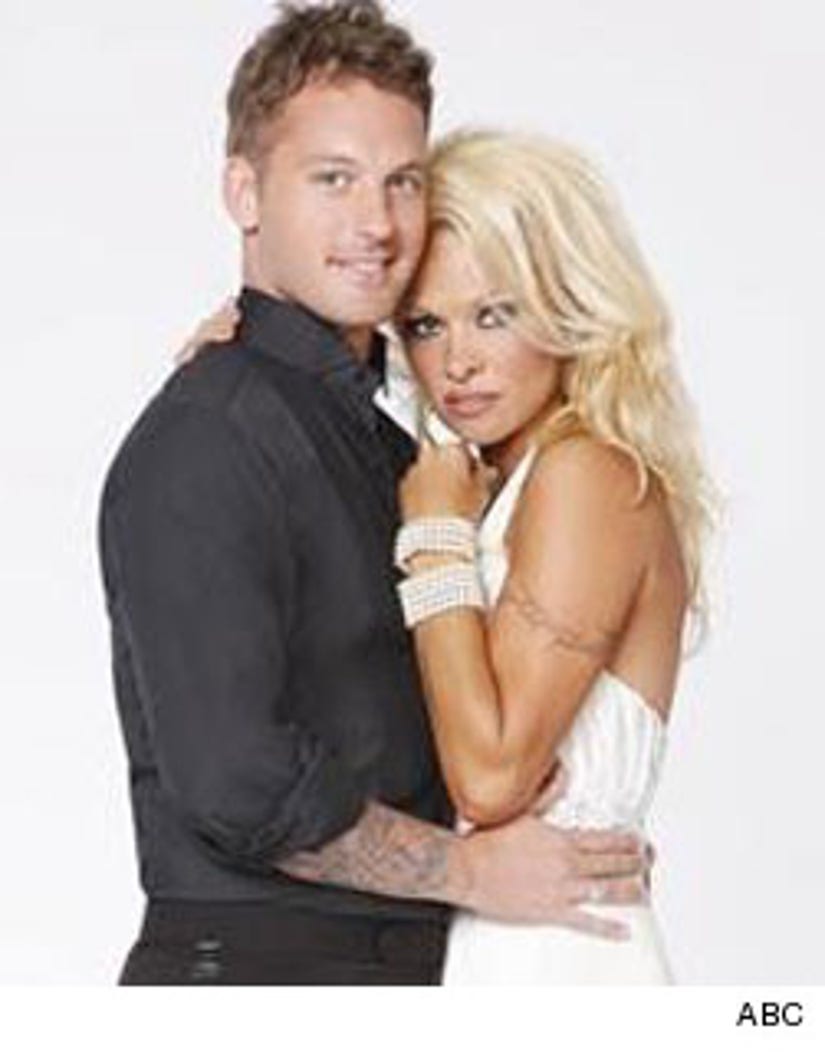 The sun has set on former "Baywatch" beauty Pamela Anderson.

The 45-year-old actress and her partner Tristan MacManus were the first couple eliminated from "Dancing with the Stars: All Stars."

Their Cha-Cha-Cha failed to generate any heat during Monday's performance night, and they received the lowest score -- a 17 out of 30.

"I was ready for it, for sure," Pamela told host Brooke Burke-Charvet after hearing the results. "We got the lowest score ... but we'll keep dancing. We're gonna dance together again. It doesn't end here."

Pamela previously competed on Season 10 of "DWTS," where she was eliminated 6th.

The buxom blonde did have one piece of good news -- she announced she was headed to Broadway.

Drew Lachey and Anna Trebunskaya found themselves in the bottom two, but will compete next week along with eleven other couples in either the Jive or the Quickstep.