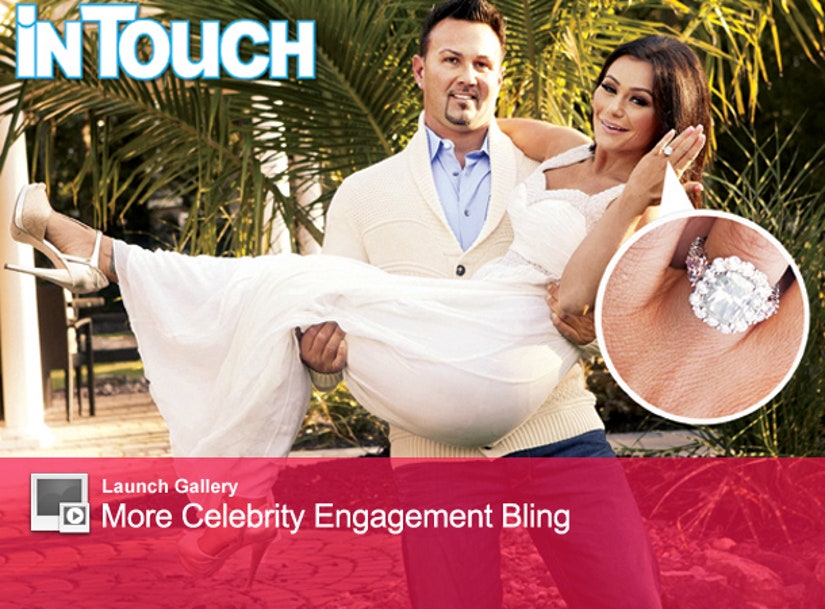 Another "Jersey Shore" star is getting ready to walk down the aisle!

Jenni "Jwoww" Farley is following in Snooki's footsteps -- she and boyfriend Roger Mathews are engaged.

Jwoww confirms the news to In Touch, describing the airborne proposal that occurred while the couple was skydiving.

"I look over and see a hand-written sign: 'Jenni, will you ... ' and then I turned to him and freaked out," Farley says. "The whole time I'm screaming, 'What are you doing? What's going on? He's like, 'I want to spend the rest of my life with you! Will you allow me to?'"

As for the ring, Jenni's a very happy girl.

The two met while filming Season Three of the MTV reality show -- and their relationship highs and lows have been chronicled on both "Jersey Shore" and "Snooki & Jwoww."

Congratulations! See other celebrity engagement rings in the gallery above.

For more details, check out the latest issue of In Touch, on newsstands now. 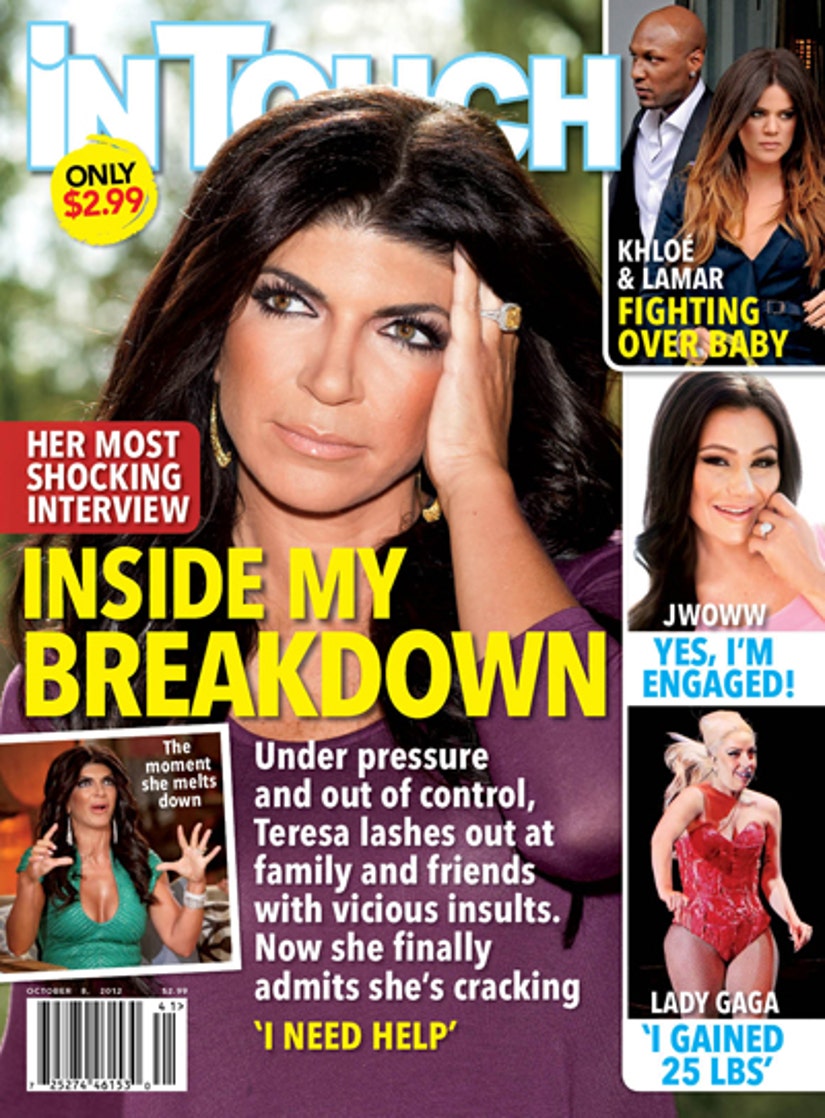