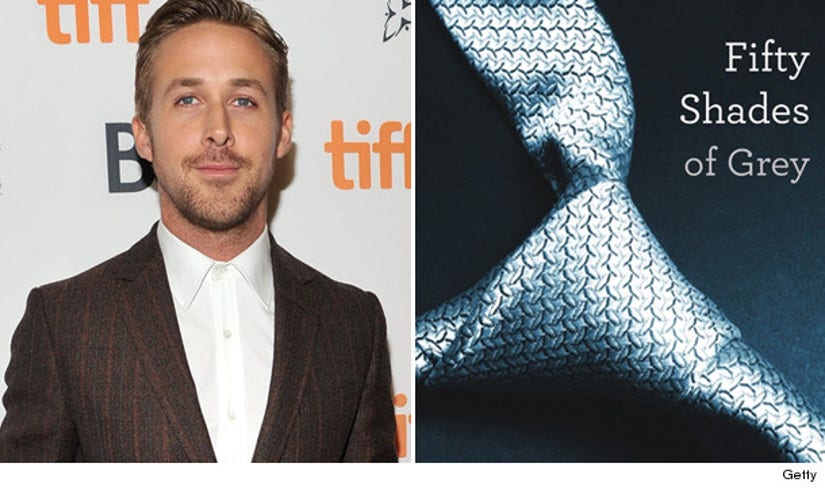 Sorry, Ryan Gosling fans (and we know there are many of you).

Rumors that the actor is the frontrunner to play Christian Grey in the film adaptation of "50 Shades of Grey" are not true -- this coming from the author E.L. James herself.

However, E.L. told Ryan that those stories were "completely misreported."

"What happened is that his local paper ... called the Belfast Telegraph that reported on my husband being the inspiration for Christian Grey. Underneath it they put a picture of Ryan Gosling, as well. So, that's how that came about," E.L. clarified.

Ryan threw a few more actors into the ring, including Jake Gyllenhaal, Ian Somerhalder and Chris Pine. E.L. purposely refrained from responding, but did admit she's a big "Vampire Diaries" fan. She added that selecting the lead was up to the studio and that they weren't that far along in the casting process yet.

E.L. also revealed a few more fun facts, saying that the racy situations were drawn from both her personal research and fantasies. She said husband Niall did help her proofread the book but her two teens haven't read it yet -- not because of the explicit content -- but because they don't read and prefer playing their PS3 and watching YouTube instead!

Who's your pick to play Christian Grey? He'd have to be handsome and comfortable with nudity (something Ian Somerhalder did in "Tell Me You Love Me"). Or are you still pining for Ryan Gosling?