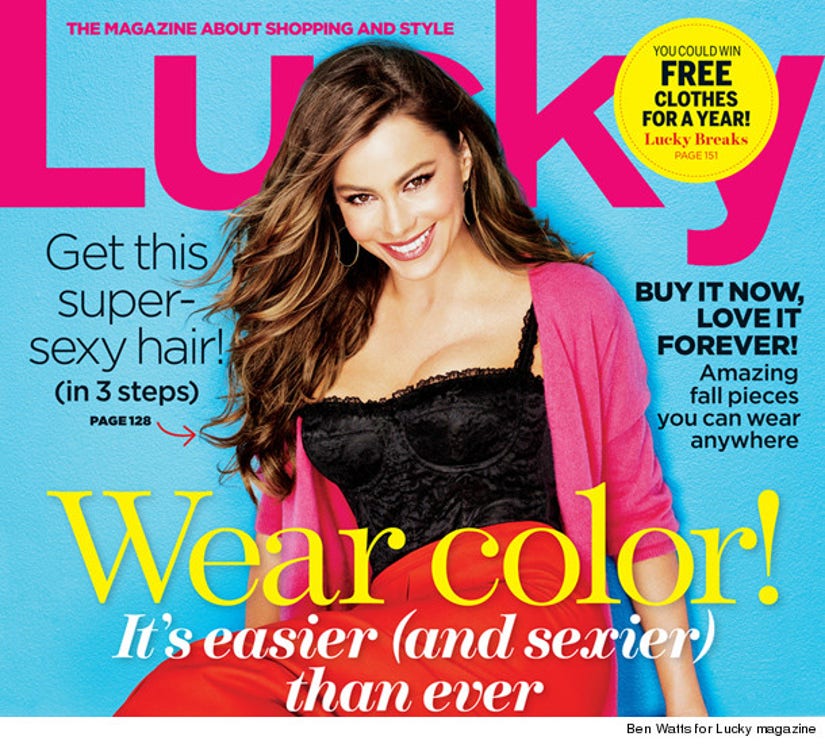 Sofia Vergara is a triple threat – funny, sexy and rich!

The 40-year-old graces the November cover of Lucky magazine, where she dishes on her signature curves and her recent engagement to Nick Loeb.

While the brunette bombshell is one of the highest earning actresses on television, she's definitely not shy about two big reasons for her success – the girls!

And even though she says her breasts are “such a pain in the ass,” they've definitely helped her get noticed.

“I know [my breasts] have opened doors for me, let's be real. But I so hate when I see Gisele [Bundchen] and she is wearing a tiny little tank top with no bra, like, 'Oh, I just threw this on, I look so cute.' If I wore that I would look like I was pregnant, or a fat stripper,” says Vergara.

Sure, there's pros and cons to being big or small chested (ladies, you know what we mean), but Sofia tells the mag she'll rock them while she's got them!

“I'm not there to look intelligent. I want to show all of this off while I still have it. I already know I am going to get a breast lift. Then, maybe one day, when I am done with being sexy, I will just get rid of them,” she says. 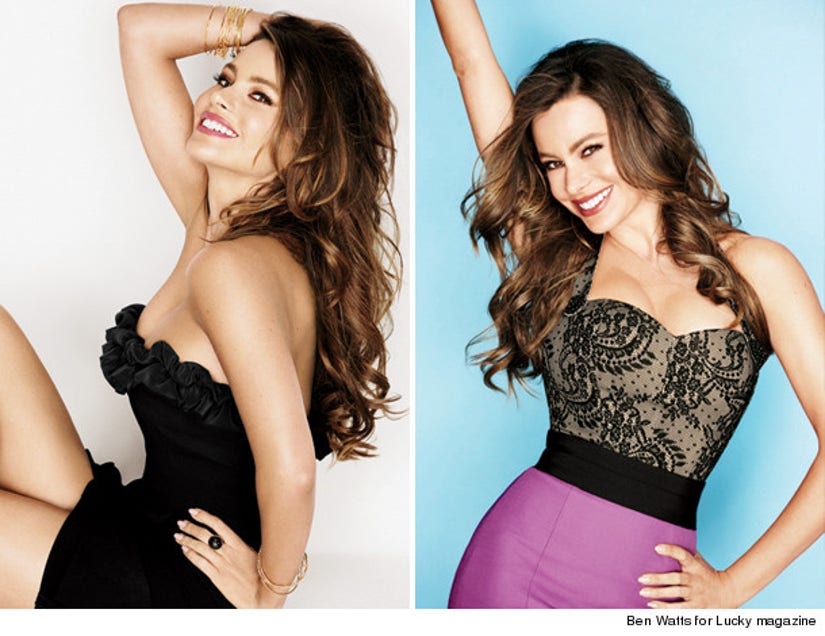 Hopefully her doting fiancé won't mind when that day comes!

The sexy Latina tells the mag that she couldn't be happier with her beau, and that her brand new sparkler is “perfection.”

She doesn't want a big fancy wedding though, telling Lucky that she'd like a little dinner on Capri when the twosome decide to tie the knot.

And Vergara's favorite thing to do with her fiancé – kickback with a glass of wine!

“Because we are f------g professionals at doing nothing. We like to sit around on the beach and drink wine and talk s---t,” Sofia hilariously confesses.

The sexy star has always been driven and now it looks like she's living the dream: “I just always worked really hard, and I knew that I liked money.”

Make sure to check out Sofia's full interview in the November issue of Lucky when it hits stands Oct. 9, and tune into the new season of "Modern Family" for even more Sofia as the always entertaining Gloria.

Also check out Sofia's sexiest shots in the gallery below!