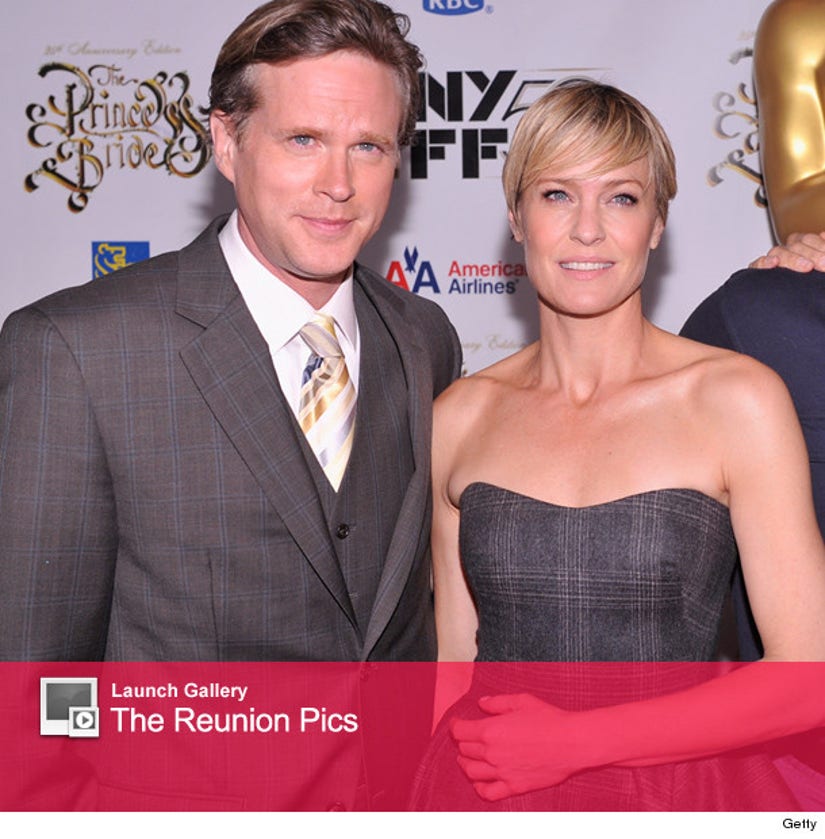 Westley and Princess Buttercup are together again!

Cary Elwes, Robin Wright and the rest of the cast reunited last night for the release party for the 25th Anniversary Blu-ray of "The Princess Bride."

We gotta say, 46-year-old Robin looked amazing on the red carpet, where she wore a plaid peplum dress.

Noticeably missing from the party were Christopher Guest and Fred Savage -- as well as Andre the Giant and Peter Falk, who have both passed away since the movie's release.

Check out all the reunion pics in the gallery above. "The Princess Bride" is available on Blu-ray now.