Mike "The Situation" Sorrentino went to rehab for an addiction to prescription painkillers between Seasons 5 and 6 and tells Ellen DeGeneres he's been sober now for 8 months.

During the interview, done with costars Pauly D and Ronnie, Sitch reveals he questioned returning to the show for another season ... especially considering all the bar trips the gang makes.

"That thought did enter my mind," he says about not coming back. "But the other thought that entered my mind was I would feel so bad for you know, my buddies to almost go on without me. I wouldn't want anything to happen to them. I want to be with them no matter what they do ... But if I can get by in rehab then why not take a shot."

"I'm stronger for it today and probably the healthiest I've been since I was 21," Sorrentino adds.

Ronnie and Pauly both say they've seen a change in Mike too ... and it's for the better. Check out the video above to see what they both think about the new Situation.

The full interview with the guys airs today -- and ends with Ronnie stripping to raise money for Breast Cancer awareness ... because, why not! 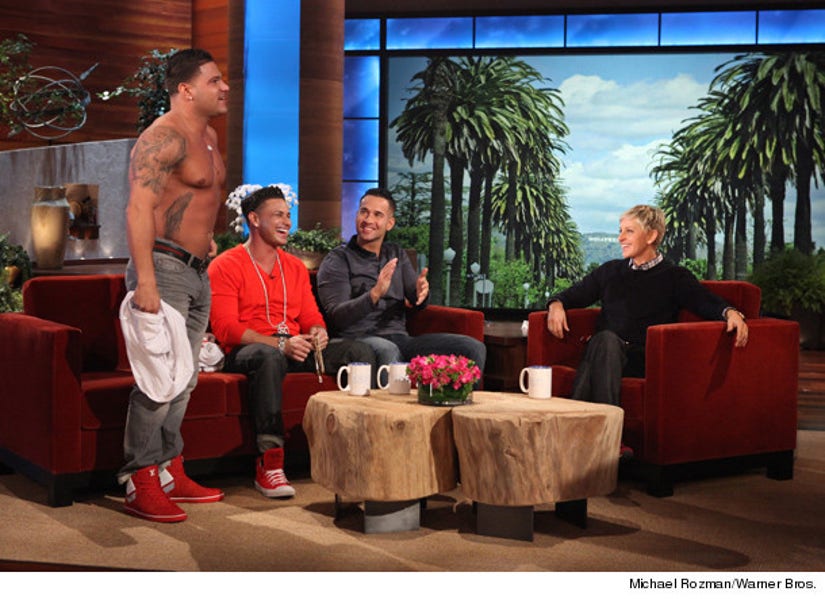