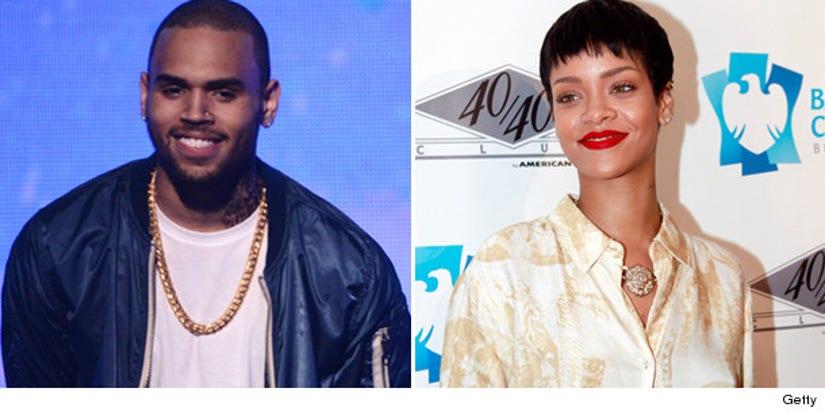 Well, it looks like all of the speculation about Chris Brown and Rihanna is true -- he just broke up with his girlfriend Karrueche Tran because of her!

The convicted felon has been seen around New York a lot this past week, spending time with his former assault victim at clubs, a Jay-Z concert, and even her hotel.

While media has been buzzing about a possible rekindling, Chris just issued a statement that seem to confirm that things are headed in that direction.

"I have decided to be single to focus on my career," he said. "I love Karrueche very much but I don't want to see her hurt over my friendship with Rihanna. I'd rather be single allowing us to both be happy in our lives."

The statement comes on the heels of Chris and and Karrueche each tweeting ominous messages on Wednesday, him saying "Both r Free from it all!" with her writing "Bye baby."

Chris, 23, and Rihanna, 24, dated from late 2007 until February 2009 when he physically assaulted and threatened to kill her. He pled guilty to felony assault and was sentenced to 180 days community labor and five years of probation.