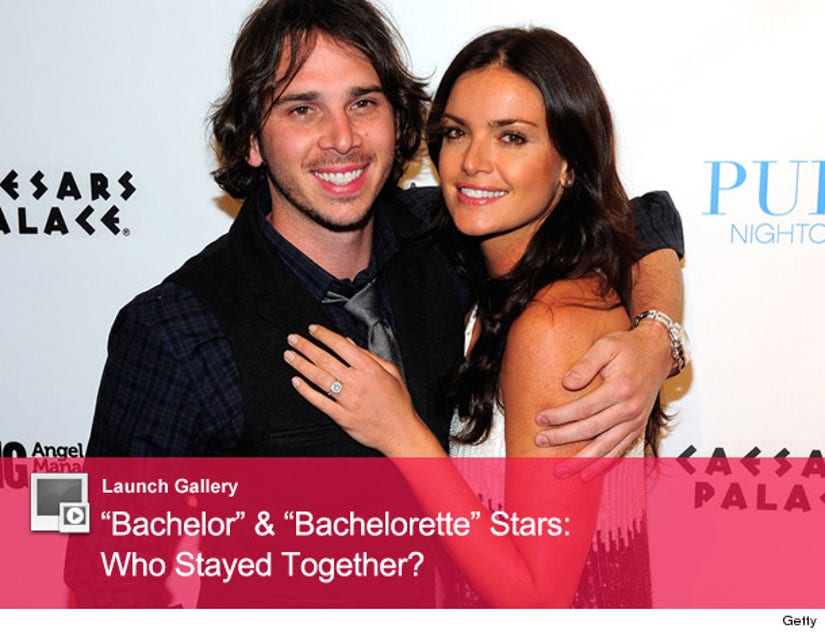 Those "Bachelor" and "Bachelorette" stars just can't seem to stay together!

Another reality couple has officially split, as "Bachelorette" contestant-turned-"Bachelor" Ben Flajnik and Courtney Robertson have called off their engagement.

"After meeting over a year ago, we have decided to end our romantic relationship," the former couple tells In Touch. "The ups and downs weighed heavily on us both and ultimately we started to grow apart because of the distance, time apart, and our need to focus on our respective careers."

In August, the two revealed they were testing a "soft move-in" with each other in San Francisco, sharing an apartment there while Courtney still kept a part-time residence of her own in Los Angeles.

But apparently that arrangement didn't work out!

The two are the latest in a long line of "Bachelor" and "Bachelorette" couples to split soon after their time on the show.

To date, only three "winners" are still together -- while others have found love with runners-up or stars from other seasons.

Check out the gallery above to see the depressing history for the shows' stars.