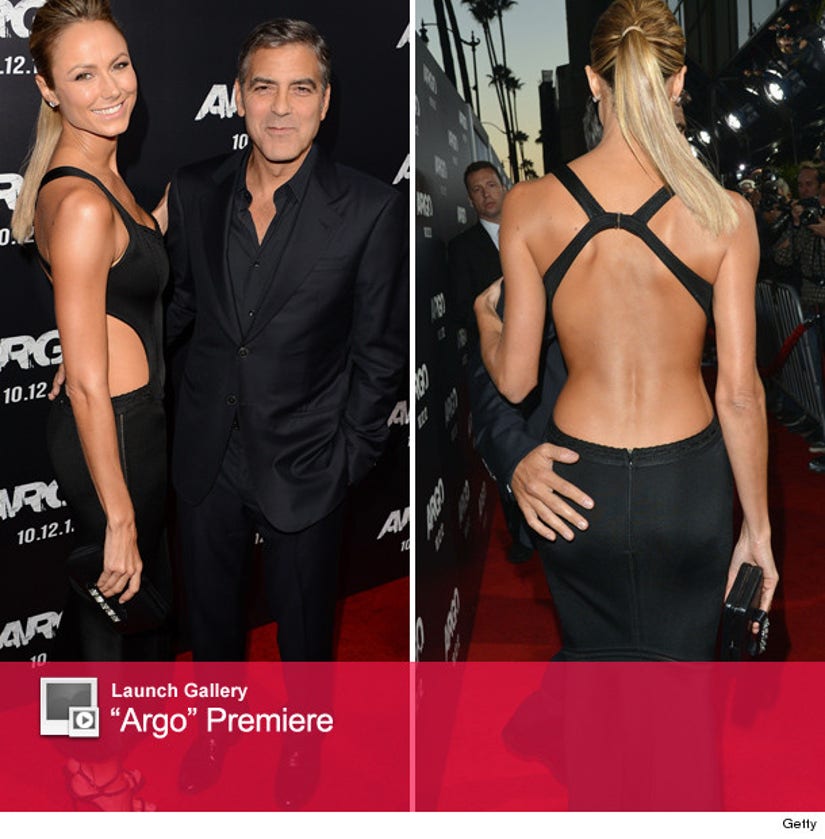 George Clooney and Stacy Keibler tried to squash those nasty breakup rumors last night -- by doing a PDA-filled appearance on the red carpet.

The duo hit up the premiere of "Argo," where they shared lovey glances and remained very touchy-feely while posing for photos.

Keibler spiced up the premiere with her backless black dress, which showed off some major skin and her killer curves ... which Clooney couldn't keep his hands off of!

The appearance comes a month after the duo had to deny reports they had split up -- and is the first time they've been seen together in public since March.

They look pretty happy to us ... you buying it?