Mila Kunis is on fire – and now she's even hotter because Esquire has named the "Black Swan" beauty the Sexiest Woman Alive!

2012 has been good to the brunette bombshell, she's reunited (romantically) with former co-star Ashton Kutcher and starred in the hit comedy "Ted" alongside the always sexy Mark Wahlberg!

For the November issue of Esquire, the 29-year-old strips down for the racy spread and opens up about being funny, separating work from her real life and even politics.

Mila, who lends her voice to Meg on "Family Guy," knows a thing or two about delivering a joke … but she doesn't consider herself funny in real life.

“I think I stumbled upon doing funny things, but I'm not funny. I just know how to deliver a joke. There are people who naturally exude humor and are constantly saying funny things, and there are people who know how to deliver a joke.” She goes on to say, “I think the second that you think you're funny is when you stop being funny.” 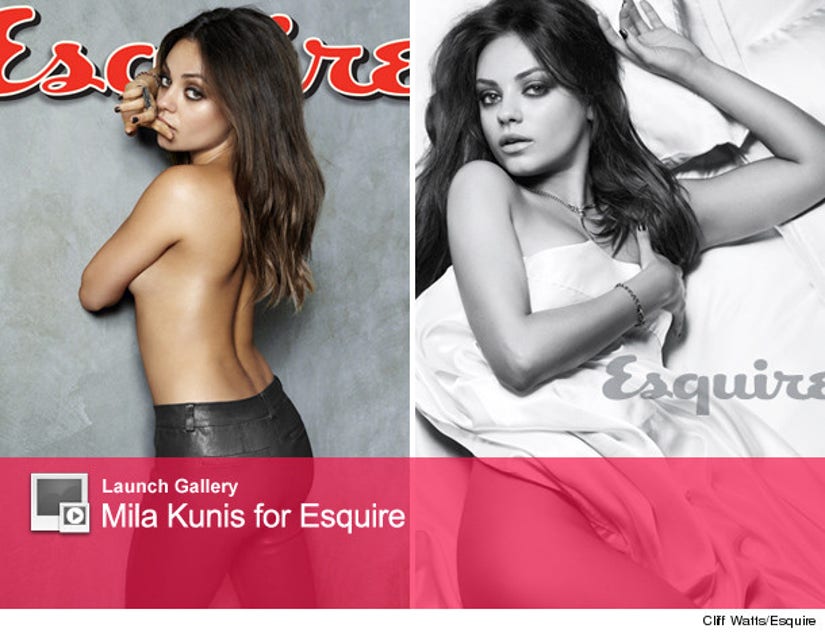 2012's Sexiest Woman Alive has brains, beauty and a sense of humor! Make sure to pick up a copy of Esquires' November issue (on sale any day now) to see Mila's full interview and super sexy spread!