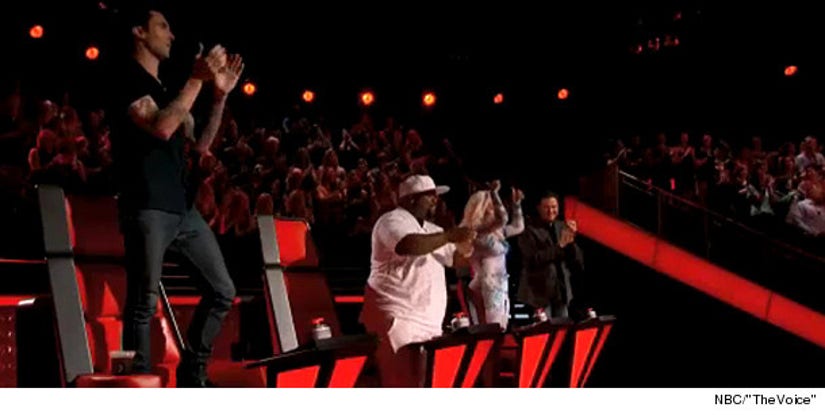 Mariah Carey may be a judge on another singing show … but that doesn't mean her songs are off limits on "The Voice!"

Monday not only marked the first night of the new and improved battle rounds, but one of the best performances seen yet on the show.

The battle rounds this season are slightly different than last; they're far more competitive because the coaches can steal the "losers" of each face-off. Therefore, it makes more sense to NOT pair the best singers in the competition together.

We think Cee Lo missed the memo, because both performers killed it on stage and his fellow judges Adam Levine, Blake Shelton and Christina Aguilera were more than happy to take his leftovers.

Faced with a tough decision, Cee Lo went with Trevin -- but Amanda was definitely a hot commodity. She had her choice of between the remaining three judges and ended up on team Adam.

Do you think Cee Lo made the right choice? Check out their powerful performance above and let us know below!