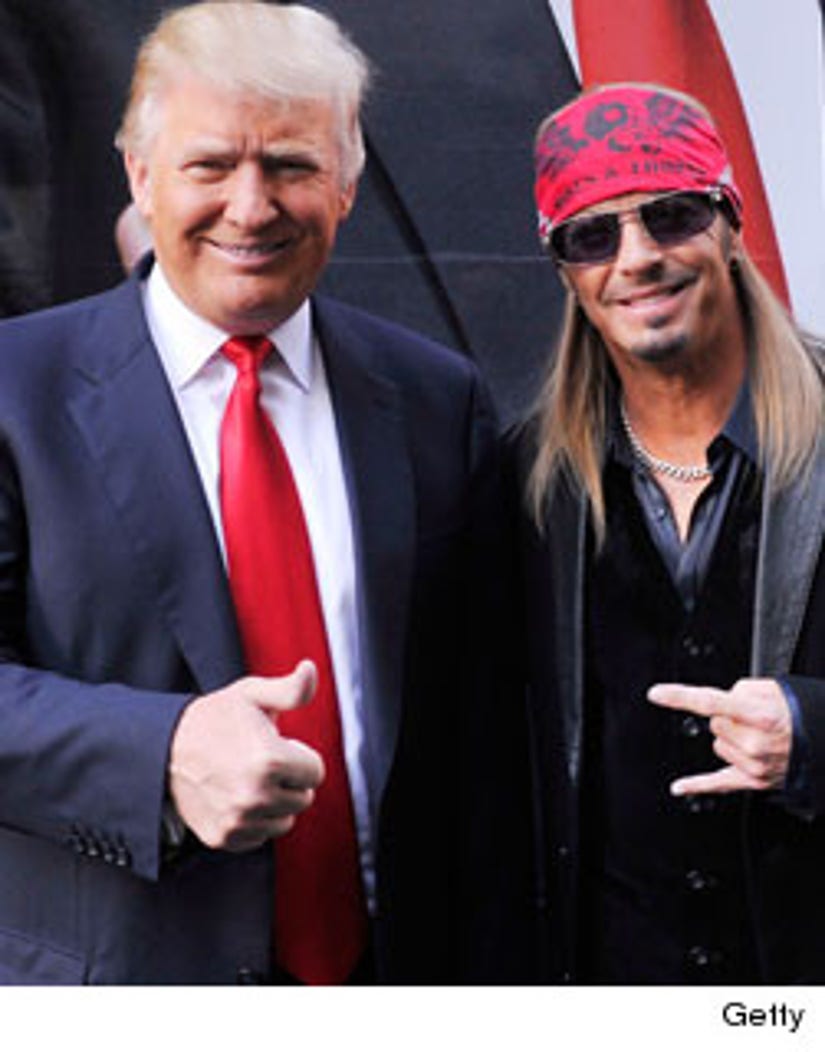 "We wouldn't have done the 'All-Star' concept unless we were able to get the right contestants back," said Donald Trump, the host and boardroom boss who once again will be pronouncing each contestant's fate.

The series, which on Monday starts shooting this new season for a March 2013 premiere, announced its slate of 14 contenders Friday morning.

-- reality star Omarosa, who competed in the first, pre-celebrity edition of "The Apprentice."

-- plus Poison frontman Bret Michaels, who in 2010 emerged as the winner despite life-threatening ailments that included a brain hemorrhage and hospitalization for what doctors called a warning stroke.

"They're all very smart, and I think they learned a lot from their last go-around," Trump told The Associated Press. "This time, some of them will change their game to fool their rivals -- some for better, some for worse."

Trump was asked whether, beneath the tough manner he displays for each contender in the boardroom, he has secret favorites in the race.

"Absolutely, I do," he replied. "Some people I like much more than others. I'm a human being, so I have my likes and my dislikes. But I don't let that cloud my judgment. If I like somebody but somebody deserves to be fired, I'll always fire them, as opposed to somebody that I don't like if they don't deserve it. I would lose total credibility if I did otherwise."

The upcoming season will be the 13th for the overall "Apprentice" franchise, a track record that amazes Trump.

"Who would have thought?" he marveled. "When we first signed for it, they didn't even take an option (for more seasons). No one thought it would go any further."

It did, catching on with its debut in winter 2004, as Trump introduced "You're fired" to the treasury of TV catchphrases.

Since then, he said, it's been lucrative and fun.

"My business is real estate, but the show has been an amazing experience," he said, "good in every way."

It's also been, in some fashion, a learning experience.

The main thing he's learned? "You can never predict," he replied. "I'll see a contestant come out, and you would say they're going to win, on the first day. And then they're the first one fired."

But there's been one other thing he's discovered: the impact of his exposure on TV.

"I was very well-known before the show," he said, "but, frankly, I used to be able to walk outside. I can't even walk outside now! Overall I think the show's great, but there are times when you'd like to have a little bit of privacy."

Then Trump laughed at a reporter's facetious suggestion that he consider donning a disguise.