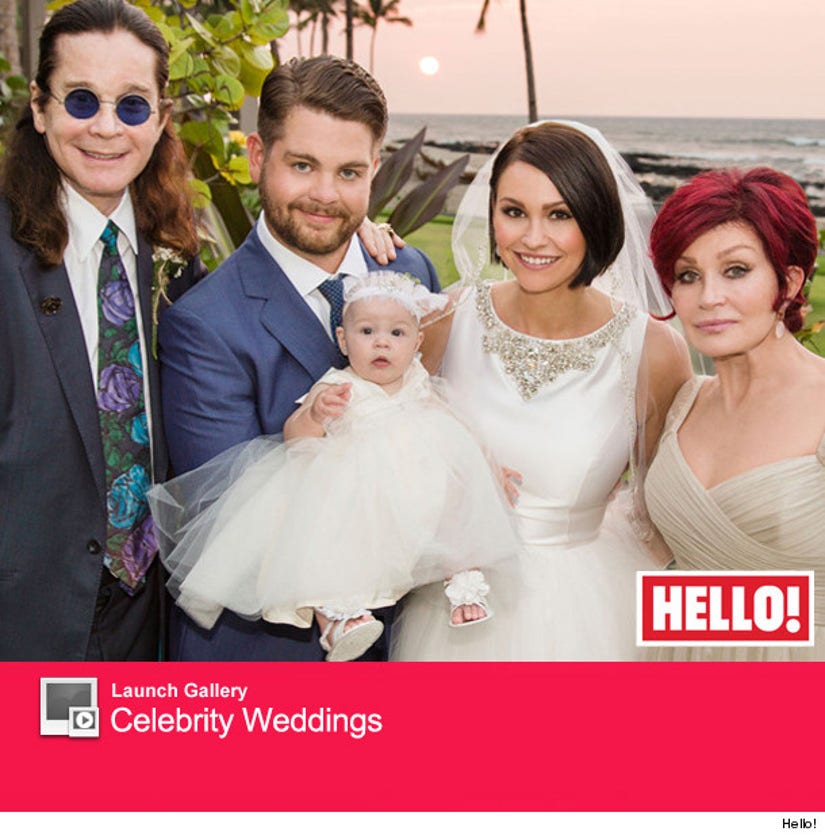 Jack Osbourne tied the knot in a secret ceremony -- and now we're getting our first shot of the bride and groom ... and his famous parents!

Hello! magazine unveiled one of the official wedding photos from after the ceremony, which took place on October 7 on the Kona-Kohala coast of West Hawaii.

In the photo, Jack and bride Lisa Stelly are seen with their adorable 5-month-old daughter Pearl and his parents Ozzy and Sharon Osbourne.

The couple reportedly exchanged vows in front of just 48 family and friends, including Jack's sister Kelly, a bridesmaid who was spotted frolicking in a teeny neon bikini before the ceremony.

For more photos, check out the new issue of Hello! -- or head over to their website to watch a video of the ceremony.

Check out more celebrity weddings in the gallery above.