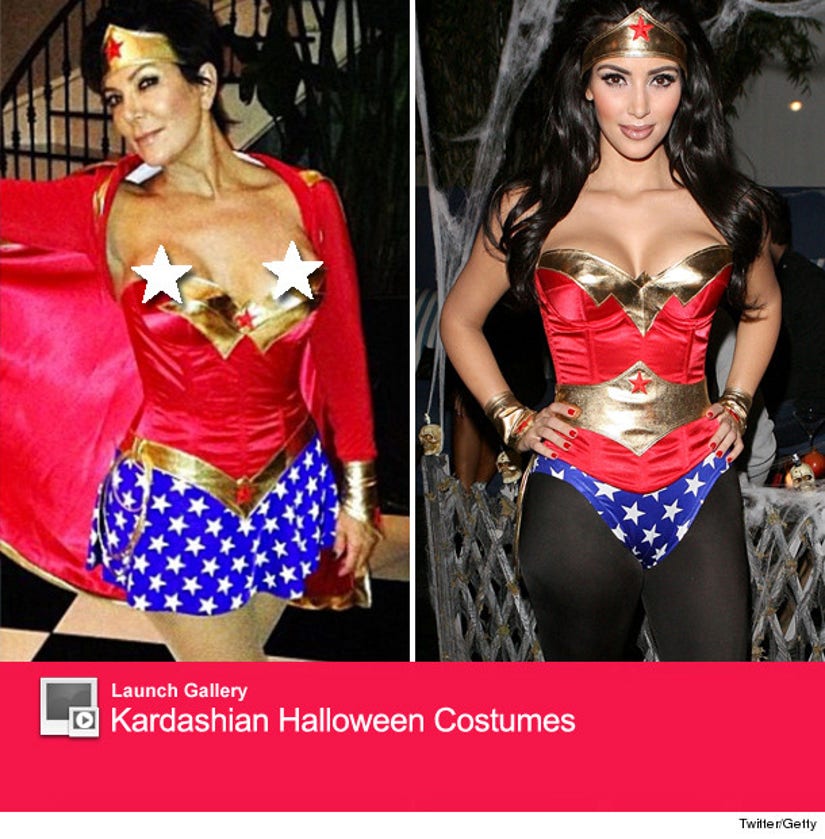 Kris Jenner one-upped Kim Kardashian this weekend -- by making her Wonder Woman costume even more revealing than the one her daughter wore in 2008!

The "Keeping Up with the Kardashians" matriarch tweeted a photo of her in a potential Halloween costume this weekend, where her new boobs had a double nip slip.

It's unclear whether the photo was accidentally tweeted out or if she simply didn't notice the slip, but Khloe quickly pointed it out ... tweeting "Hi nips. That's my mom."

Though Kris quickly pulled the photo down, it's still up on Khloe's Instagram feed. On Monday, the 56-year-old posted a censored version of the pic on her blog writing, "Jeeeez what's all the fuss about?!!! It's just an innocent nip slip, happens to the best of us."

Of course, Kris isn't the first member of the Kardashian clan to dress as the DC Comics heroine.

Kim wore a similar version of the costume to her Halloween bash back in 2008, opting for no cape, black tights and skimpier bottoms.

Nip slip aside, who pulled it off better? Sound off below.

And be sure to check out more of Kim's costumes through the years in the gallery above.