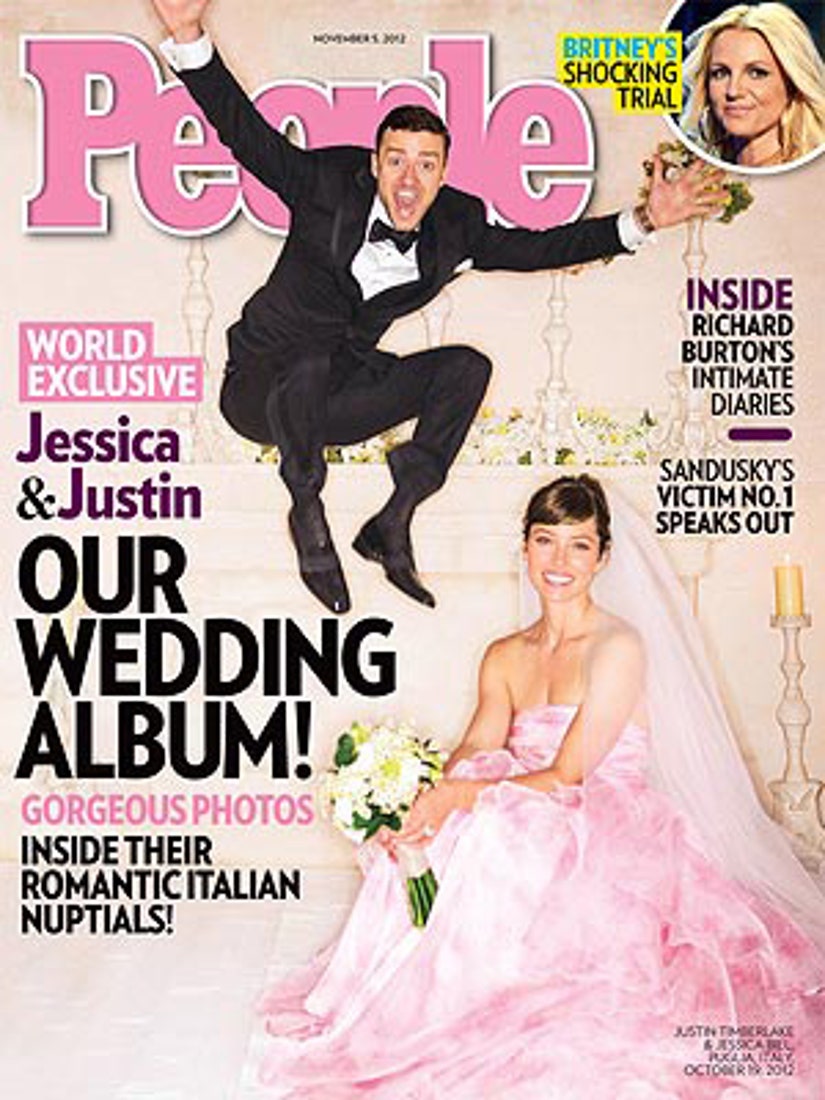 The newlyweds cover the new issue of PEOPLE magazine, but it's a far cry from the traditional wedding cover.

Instead of a serious, prom-like pose the two look like they're actually having a good time.

Justin is seen jumping in the air in his black Tom Ford tux, while Jessica sits in her Giambattista Valli Haute Couture gown.

We just wish she were standing so we could get a better look at that dress!

The two tied the knot on October 19 in Southern Italy, with Jessica calling it a "total fantasy experience."

According to the magazine, Justin serenaded his bride as she walked down the aisle. "It was an original piece I wrote specifically for the evening and for her," he says of the song ... which he also played guitar for.

You can check out more photos from the wedding when the new issue of PEOPLE hits newsstands Friday.

And be sure to check out more extravagant celebrity weddings in the gallery below! 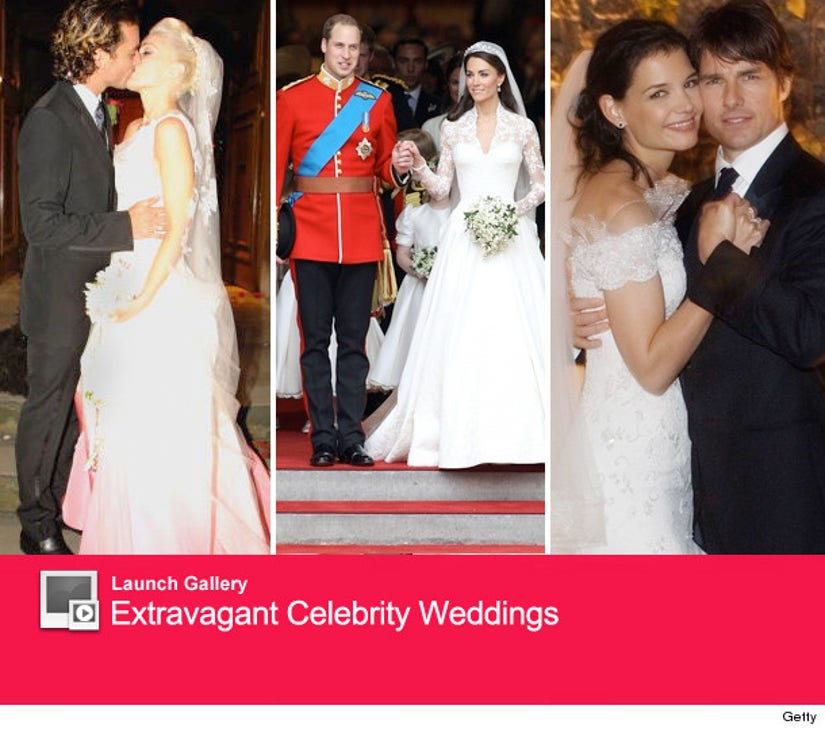