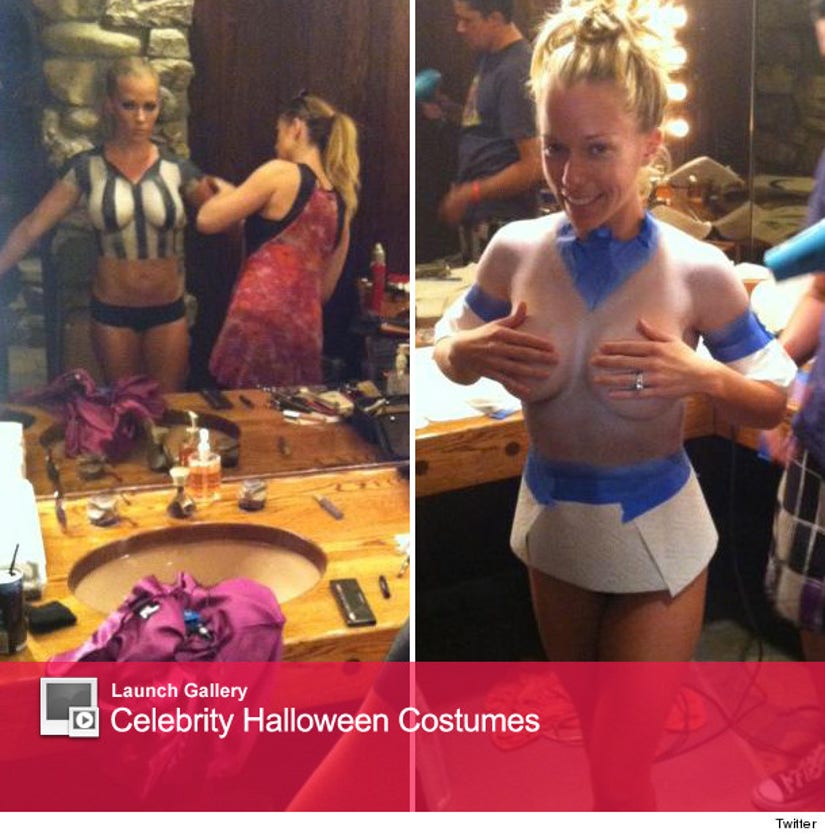 Kendra Wikinson may have had the skimpiest Halloween costume of them all -- because it was mainly paint!

While we haven't seen the final product yet, the former "Girls Next Door" star tweeted photos of her costume being applied to her body before attending the Halloween party at the Playboy mansion.

The mother of one shared three revealing photos on Twitter as she was getting ready, getting what looked like a referee's uniform getting painted onto her fit physique.

And we're not the only ones who are dying to see the finished look.

Before the bash, her ex Hugh Hefner tweeted "Kendra is coming to the Halloween party painted--similar to the way she was when I first met her. Go, Kendra!"

Check out more celeb costumes in the gallery above -- including shots of Hef and Crystal Harris from the Playboy bash. Hopefully we'll get a better look at Kendra later on!