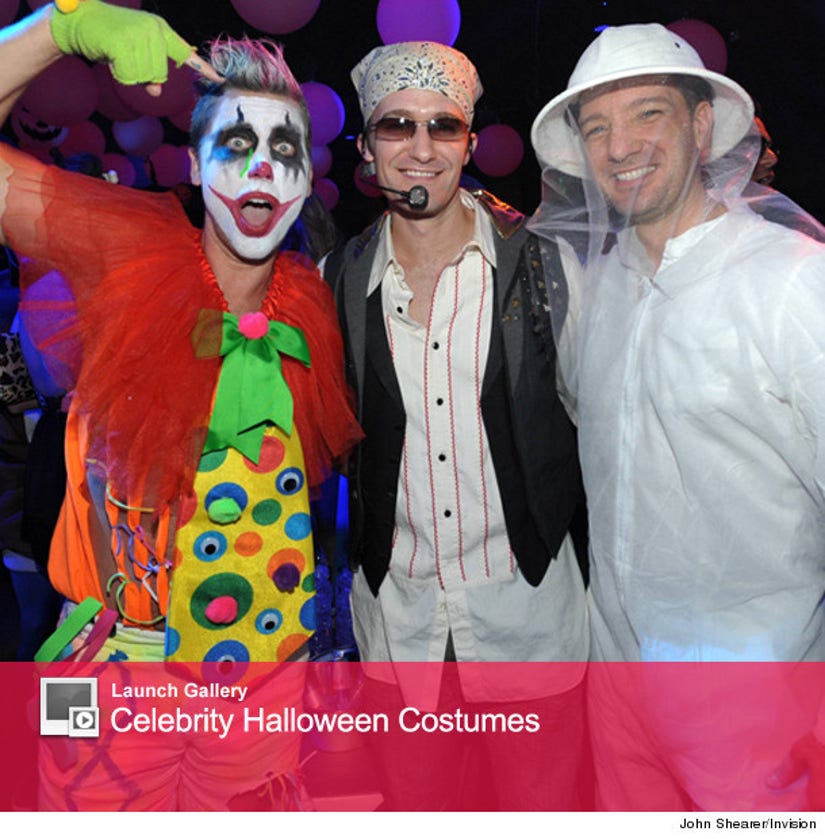 The *NSYNC trio was photographed together Sunday night in Los Angeles, but that JT isn't the real deal -- it's "Glee" star Matthew Morrison!

The actor dressed as "No Strings Attached"-era Timberlake for his 3rd Annual Birthday/Halloween party presented by "Monster High" at Lure nightclub, where he posed alongside real *NSYNCers JC and Lance.

Also spotted at the bash were a few of Morrison's "Glee" costars, including Chord Overstreet as Brat Pitt, Darren Criss as one of the kids from "Moonrise Kingdom" and Dianna Agron ... who we're guessing was Tweety Bird.

Check out the photos from inside the party in the gallery above, plus see what some of your other favorite stars dressed as this year for Halloween!