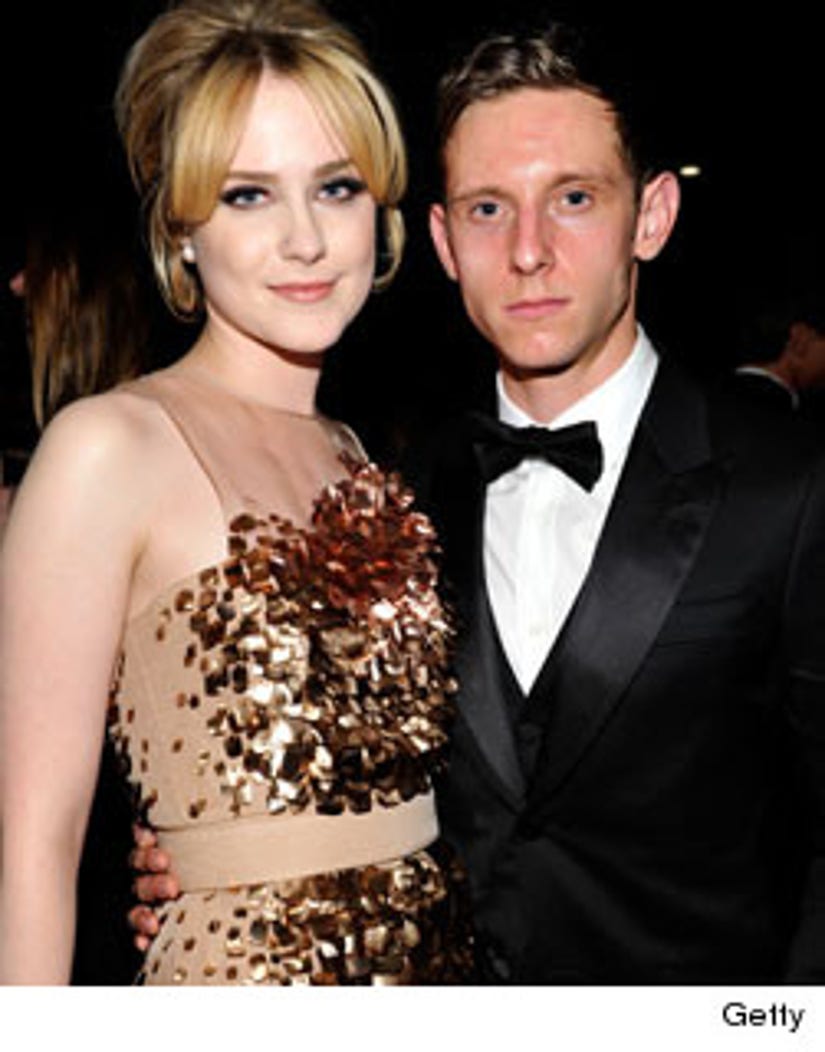 After months of speculation, it's officially official -- Evan Rachel Wood and Jamie Bell are married!

Her rep confirmed the news to People, saying "The bride wore a custom dress by Carolina Herrera. It was a small ceremony with close family and friends."

Evan herself shared her joy on Twitter on Wednesday:

"Words cannot describe the happiness i am feeling. Overwhelming."

She followed up a few hours later with "Song of the day '(today i met) the boy i'm gonna marry' #darlenelove."

The couple first dated back in 2005 after they starred together in the Green Day video for "Wake Me Up When September Ends."

They split in 2006 -- with Wood later getting engaged to goth rocker Marilyn Manson -- then rekindled their romance last year.