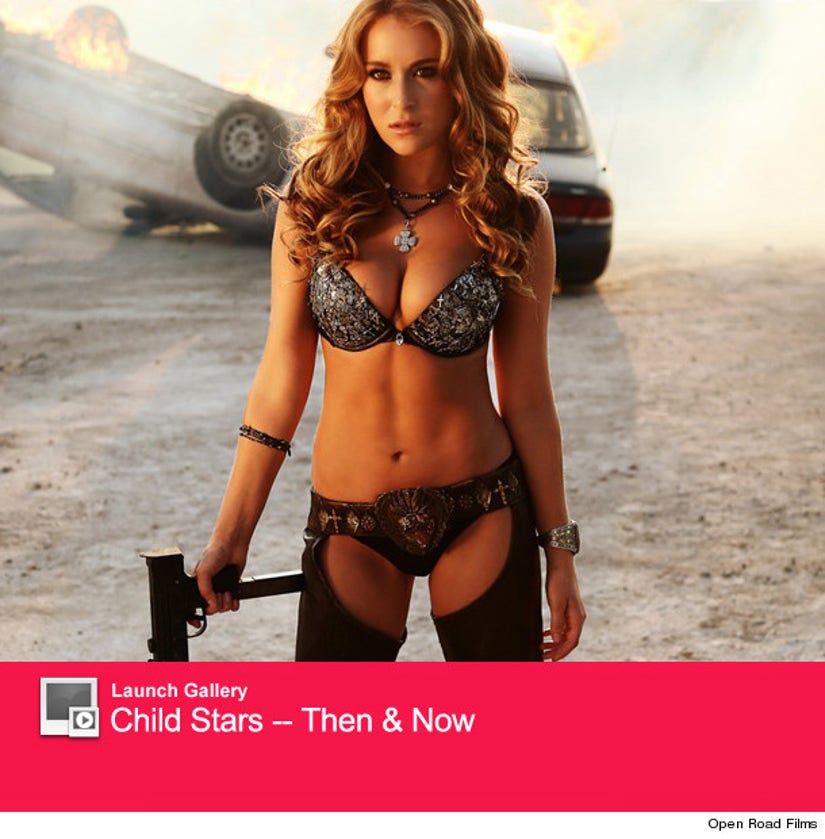 Alexa Vega rose to fame thanks to her role in Robert Rodriguez's 2001 film when she was just 13.

But now, 11 years later, she's working with the director again ... and clearly some things have changed.

“I've never worn anything this revealing for a shoot before… I had no idea how empowering it would be," Alexa tells JustJared about the sexy photo.

You can see more of Alexa in action as "Killjoy" when "Machete Kills" opens next year.

Check out the gallery above to see what her "Spy Kids" costar (plus more child actors) looks like today!