The finalists are set for "Dancing with the Stars: All-Stars," and it's going to be an all-female celebrity final!

Shawn Johnson, Melissa Rycroft and Kelly Monaco all advanced to next week's final.

Emmitt Smith and Apolo Anton Ohno -- who won their respective seasons -- were cut in a double elimination. Ohno, the most decorated American Winter Olympian, and his pro partner Karina Smirnoff were cut first.

Smith, a NFL Hall of Famer, was cut later in the show. He thanked Cheryl Burke, calling her a "tremendous partner."

Shawn and Kelly will be competing for their second mirror ball trophy, while Rycroft will be going for her first win. Who is your pick? Tell toofab in the comments below! 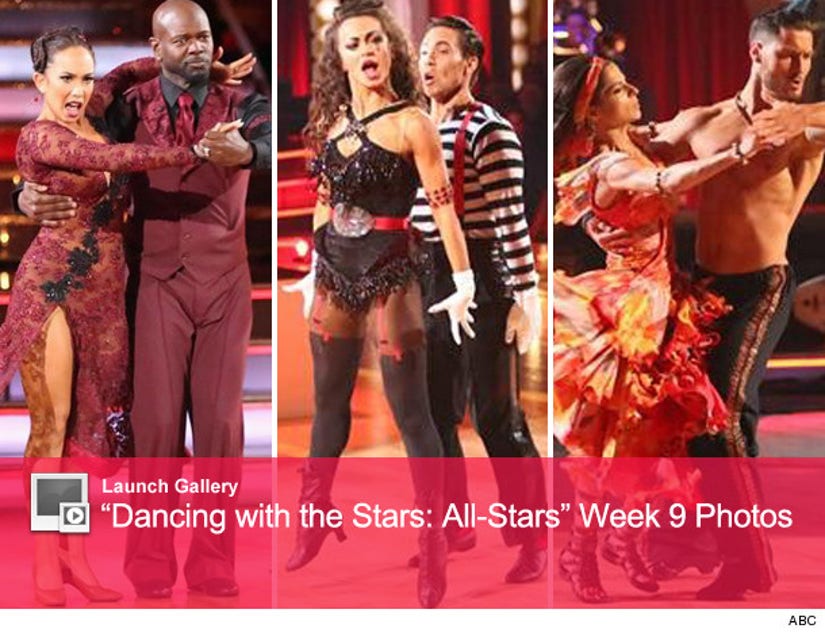