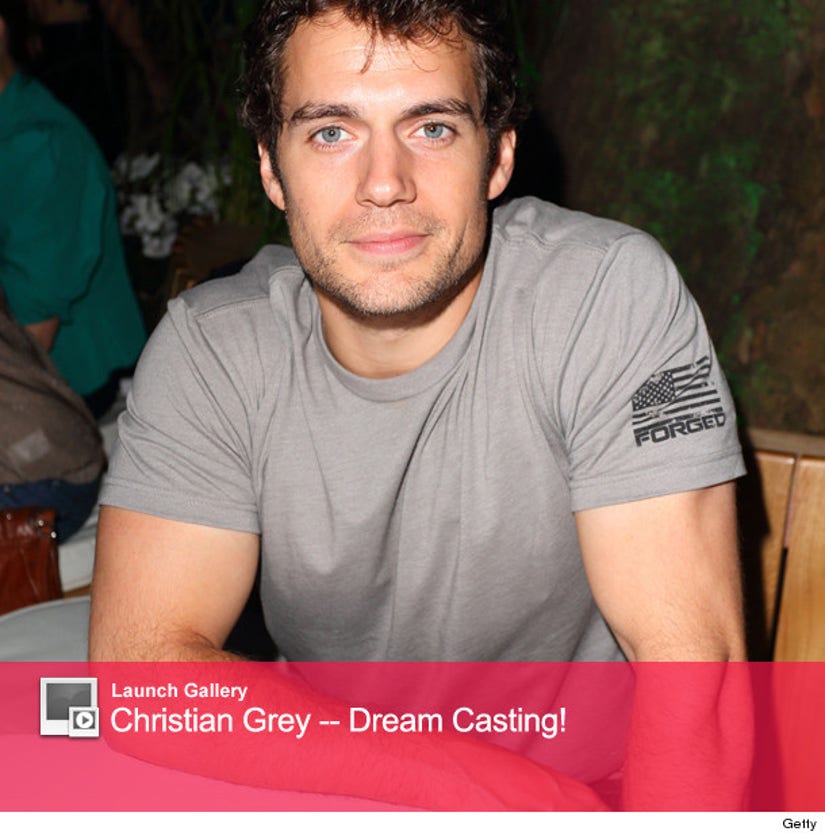 Henry Cavill is the one star we'd realllly like to see play Christian Grey in the upcoming "Fifty Shades of Grey" adaptation -- and now, he's finally addressing the casting rumors.

Thanks to his chiseled good looks and sexy physique, Cavill's name has been one of the most popular choices for the S&M-obsessed CEO.

But what's he saying about all the online chatter?

"Whether that happens, that decision will be made at the time it has to be made," the tight-lipped "Man of Steel" star tells Details.

"It would be a very different kind of thing than 'Man of Steel,'" he adds.

While vague, an answer like that seems to at least confirm he's in talks for the role -- or wouldn't be against it.

So far Robert Pattinson has joked about playing the part, Channing Tatum said he'd do it if his wife Jenna Dewan was cast as Anastasia Steele and Ian Somerhalder would "absolutely" do it.

Who are you rooting for? Check out our picks for the part in the gallery above.