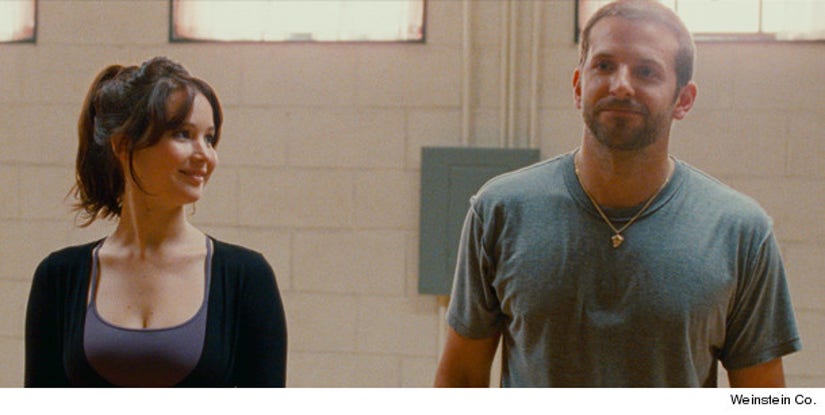 Both films are competing for the best-picture prize at the Spirit Awards, one of Hollywood's first big announcements on the long road to the Oscars.

Also competing for best picture are the father-daughter tale "Beasts of the Southern Wild"; the black comedy "Bernie"; and the gay drama "Keep the Lights On."

"Silver Linings Playbook," a comic drama centered on a man just released from a mental hospital and a troubled young widow, earned lead-acting nominations for Bradley Cooper and Jennifer Lawrence (above). "Moonrise Kingdom," a first-love story between a precocious boy and girl who run away together, received a supporting-actor nomination for Bruce Willis.

Joining Anderson and Russell in the directing category are Julia Loktev for "The Loneliest Planet," Ira Sachs for "Keep the Lights On" and Benh Zeitlin for "Beasts of the Southern Wild," which won the top prize at last January's Sundance Film Festival.

Though the Spirit Awards honor lower-budgeted film outside the Hollywood mainstream, the nominations often overlap heavily with Oscar contenders. Last season's big Oscar winner, "The Artist," also won the top prize at the Spirit Awards, while films such as "The Descendants," "Beginners" and "My Week with Marilyn" had wins or nominations at both shows.

The overlap may be lighter this season, with big-budget studio films such as "Les Miserables," "Lincoln" and "Argo" shaping up as early favorites to dominate the Oscars, whose nominations come out Jan. 10.

But "Silver Linings Playbook," "Moonrise Kingdom," "Beasts of the Southern Wild," "The Sessions" and other smaller films have solid prospects in some Oscar categories.

Presented by the cinema group Film Independent, the Spirit Awards will be handed out at an afternoon ceremony along the beach in Santa Monica, Calif., on Feb. 23, the day before the Oscars. The Spirit Awards show will air that night on IFC.

Nominees are chosen by panels of film professionals, which gauge contenders on such criteria as uniqueness of vision; original, provocative subject matter; how economically they were produced; and percentage of financing from independent, non-Hollywood sources. Eligible films typically range from tiny-budgeted movies shot for $500,000 or less to productions that cost as much as $20 million.

Members of Film Independent, including filmmakers and movie fans, are eligible to vote on the winners.