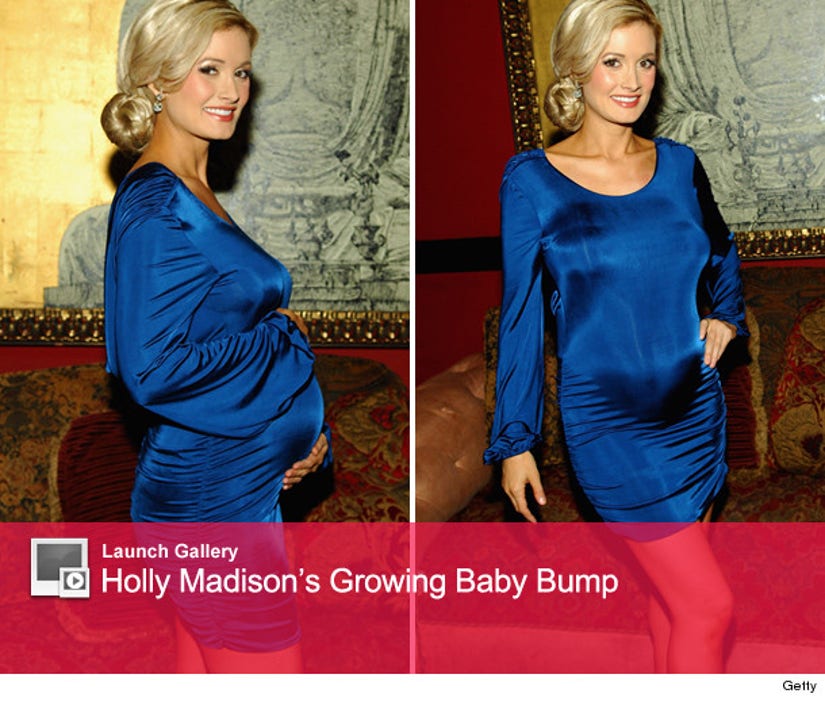 The whole world may be buzzing today about the impending royal baby, but there are plenty other celebs expecting -- including the royally pregnant Holly Madison!

The former Playboy Playmate, 32, showed off her growing baby belly this weekend at The Animal Foundation's Shelter Elves kick off celebration at the Mandalay Bay Casino, Las Vegas.

The self-proclaimed animal lover, who has participated in PETA's "I'd Rather Go Naked Than Wear Fur" campaign, glowed in a sapphire blue mini dress, with glittery gold heels. She's expecting her first child with boyfriend Pasquale Rotella in March, and pregnancy looks good on her!

Click "Launch Gallery" above to see more shots of Holly's baby belly over the months!