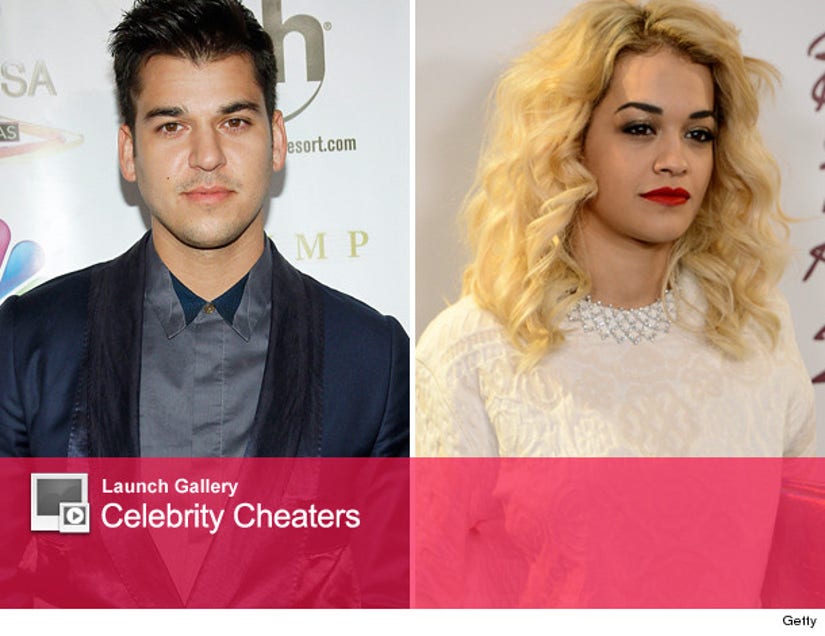 Looks like Rob Kardashian and Rita Ora have split ... and it's already getting nasty!

The two had been dating for a couple months, but over the weekend reports surfaced that they've gone their separate ways.

And this morning the "Keeping Up with the Kardashians" star put someone on blast on Twitter, claiming he had been cheated on.

"She cheated on me with nearly 20 dudes while we were together, I wonder how many she will sleep with now that we apart," he tweeted.

"How can a woman who is so busy trying to start her own career have time to be with so many dudes all while in a relationship," he added ... before later deleting almost everything on his Twitter page.

It's worth noting Rob never mentions Rita by name.

Sister Khloe Kardashian got in on the action too, tweeting "Cheaters never prosper @RobKardashian ill be home today... Try and smile little brother." She later deleted that tweet.

"Social media is so much drama. Hehehe thank goodness there was no social media when I was younger," she added.

So far Rita has remained silent, instead tweeting only about her upcoming tour. We also reached out to Rita's rep for comment, but so far haven't heard back.