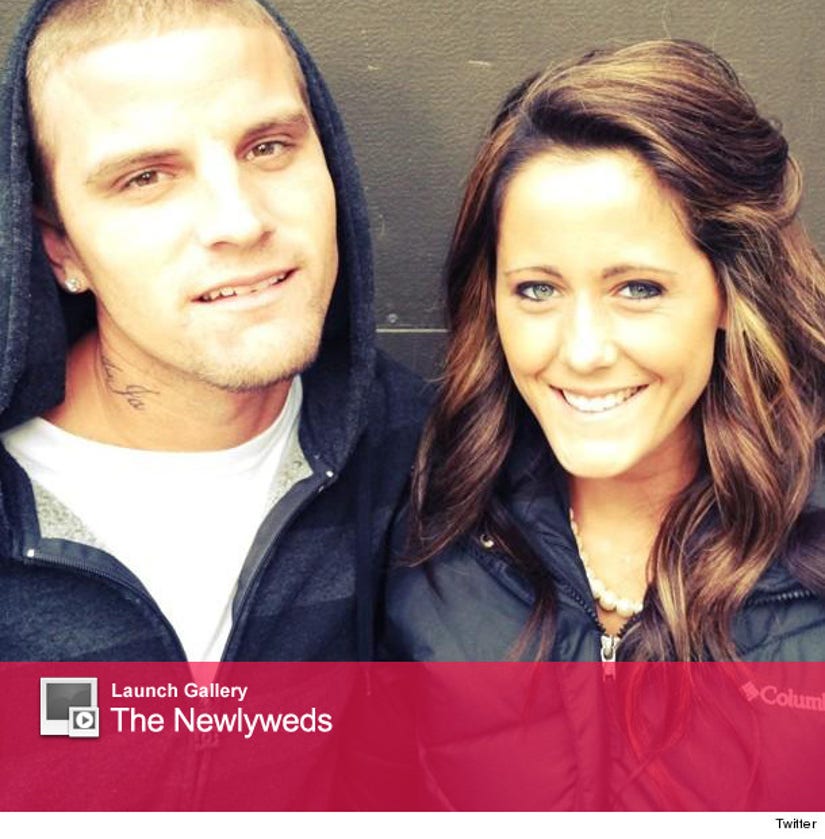 "Teen Mom 2" star Jenelle Evans may have found someone she loves more than Ke$ha -- her new husband!

The two got married in what's being described as a "quickie courtroom wedding," leading many to believe the MTV star is once again pregnant.

But according to Jenelle, that's not the case.

In a series of tweets yesterday, Evans wrore "'m not pregnant. Jesus, still only weighing 100 lbs over here... Lol."

She added, "NOOO I'm not and Courtland did not say anything about getting me pregnant or having kids anytime soon. Over my dead body if I would be that selfish to have a baby before getting Jace back."

According to E!, the two are planning another ceremony in the spring for their family and friends ... and likely a TV camera crew or two.

See more shots of Jenelle and Courtland above.