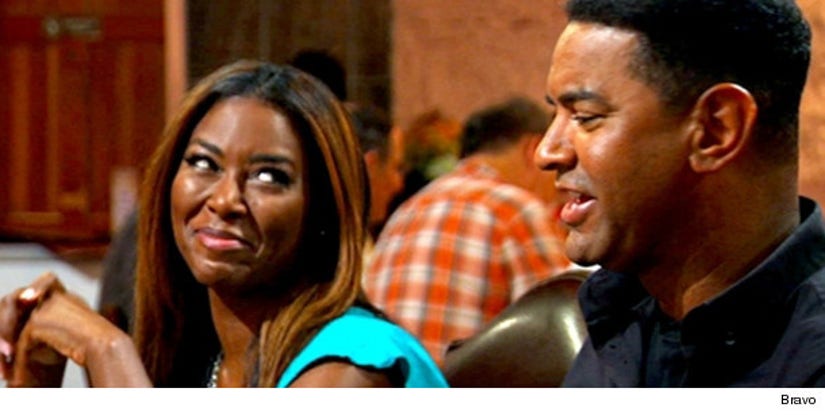 Kenya Moore has become the most outspoken addition to "The Real Housewives of Atlanta," and the reality starlet is dismissing reports that her relationship with on-screen beau Walter Jackson was fake.

On Wednesday, Walter gave a revealing radio interview to WVEE, saying that the former Miss U.S.A. asked him to portray her boyfriend on the show. Walter claimed they had dated briefly three years ago, but Kenya contacted him before filming started so she could have a storyline.

Kenya denies those claims and released the following statement to toofab in an online exclusive:

"The truth is and has always been that I want to be in a loving, honest, long-term relationship with someone who genuinely loves me for me -- Walter's recent statements are completely false. I am embarrassed that I allowed a deceitful and hateful person in my life. He says he 'did it for fame.'"

"I've been humiliated enough by appearing desperate for a man to marry me who now admits he had his own agenda. I urge viewers to stay tuned because the truth will come to light. I am moving on from this situation and hope he can as well with respect and dignity going forward. I have heard the fans and my friends loud and clear ... I can do better than Walter, and I will."

One thing from Kenya's and Walter's comments are clear -- they have both moved on.

Who do you believe? Vote in the toofab poll below: