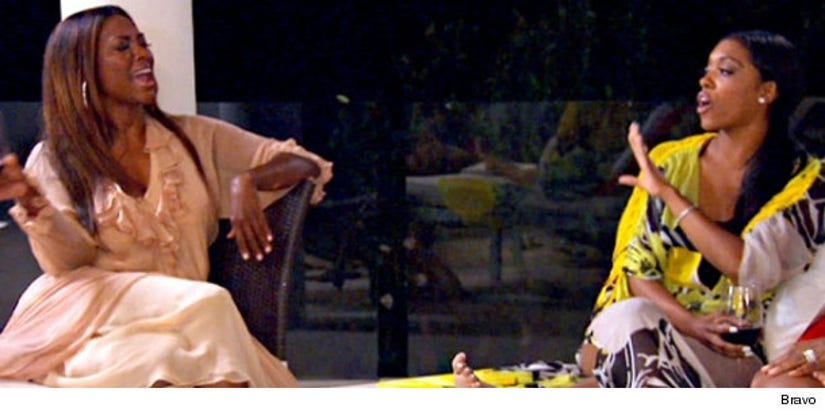 It's a catfight in the Caribbean!

"The Real Housewives of Atlanta" were in Anguilla for their annual overseas trip, and there was plenty of drama between new cast members Kenya Moore and Porsha Stewart.

Kenya -- a former Miss U.S.A. -- didn't take well to Porsha -- the wife of Kordell Stewart -- calling her a "non-factor." Watch as their bonding time turned into a brawl, with NeNe Leakes getting caught in the middle!

Kenya eventually walked away from the scene, in the most melodramatic fashion possible!

She's "Gone With the Wind" fabulous!

Drama definitely follows the beauty queen everywhere she goes. Just last week, Kenya's on-screen beau Walter Jackson claimed their romance was fabricated just for show. In an exclusive online statement, Kenya told toofab, "I've been humiliated enough by appearing desperate for a man to marry me who now admits he had his own agenda. I urge viewers to stay tuned because the truth will come to light."