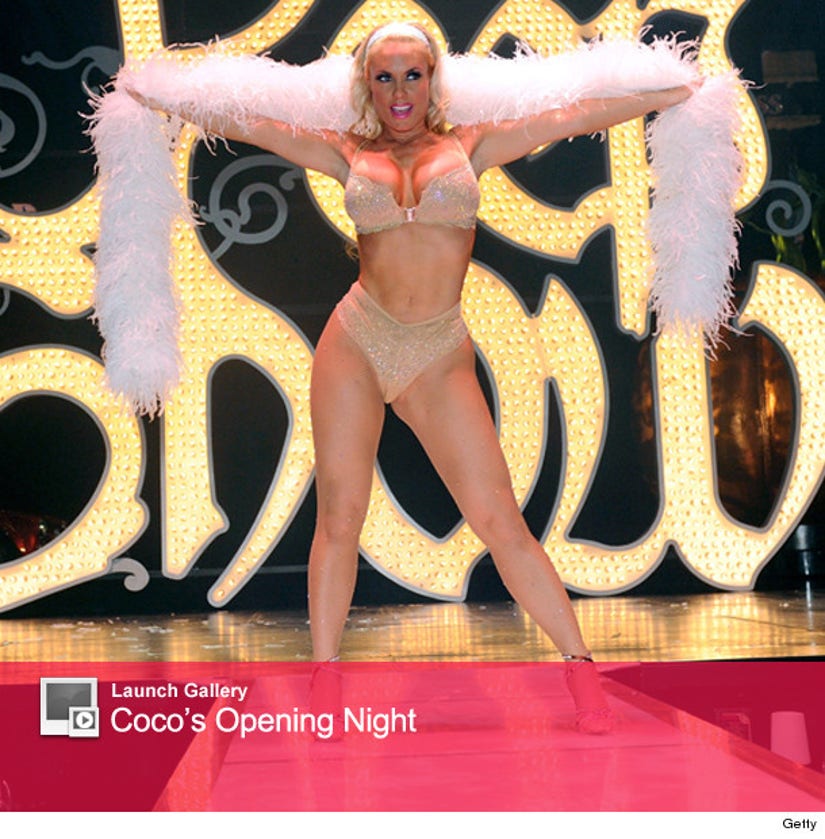 The "Ice Loves Coco" star made her debut in "Peepshow" last night at Planet Hollywood -- taking over Holly Madison's role in the Sin City burlesque show while she's out on pregnancy leave.

The 33-year-old reality star and wife of Ice T showed off her hot bod on stage, flaunting her famous curves in a very revealing ensemble.

"It was magical," Austin tweeted out after the show.

We're not sure if her hubby was in attendance (they didn't pose for any photos together all night), but the couple's beloved bulldogs were there to cheer on Coco.

Check out more pics from her big debut above!